6 Best Corvette Models Over The Years 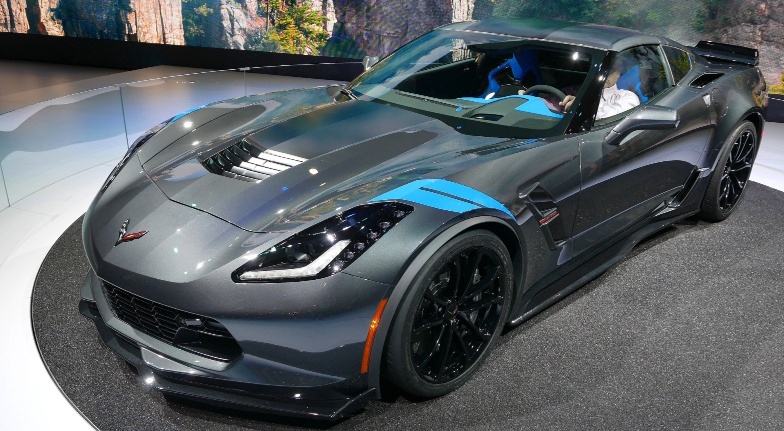 Can you believe Chevrolet released its first Corvette in 1953? Can you believe how much America has changed since then? I’m not one for waxing poetic about the past, but let’s take a couple minutes to gander backward about the history of the classic, sexy-smooth family of Corvettes.

In the world of bums and winos, the Corvette became the stuff of legend once Chevrolet installed 195hp V8 engines beneath the hood. This meant 0-60mph in 8.5 seconds. With a silky fiberglass body, coupled with a 265-cubic-inch engine, three-speed manual transmission, and Powerglide, 1955 is the first generation of Corvette to take the world by tornado. Sadly, production numbers for these models are 700 units. Exterior colours came/come in pennant blue, polo white, Corvette copper, gypsy red and harvest gold.

This car was the epitome of “cool” in the 1950s. (And still is, if you ask this awestruck writer.) Featuring a more-prominent grill, the Fuelie was constructed out of fiberglass-reinforced plastic, the steel frame with steel/chrome structure and chassis made it durable in its heydey. Exterior colours came in silver blue, charcoal, snowcest white, regal turquoise, tuxedo black, and more. With a 283 cubic inch, 230 horsepower engine, this baby had more chrome than any other Chevy vehicle. The Fuelie was Chevrolet’s chance to transform its image to be a more sensible purchase for the everyday Jane and Joe. This car was a massive hit until Chevy changed the game and launched the Stingray.

Go ahead and ask your buddies which the second generation ‘Vette looks the sexiest. I’ll bet eight to five that the majority of your friends agree: it’s the 1963 Stingray. This Vette was more than mere eye candy, though. It was a huge improvement over the ’62: Chevrolet changed everything for the ’63. From the aerodynamic design to newly-designed passenger comfort and safety, all the way to front+rear suspension and new rubber insulators. (Isolating the running gears’ annoying noise.) With a 327ci/360hp engine, you’ll blast up to 60mph in 5.9 seconds. It’s simple: this car does not pull punches – nor is it a forgotten hero in the world of Corvettes. In case you have 1963 Corvette sitting in your garage with broken-heart and damaged parts, you should get it fixed by replacing the damaged Corvette parts. This hot-ride isn’t there to sit and lay eggs; let her fly-high.

No doubt about it, the Corvette Stingray LT-1 is a 1970’s icon. (That statement is in the money.) Based on the concept of the Mako Shark, this Corvette model, unfortunately, had its engine reduced in size. (Thanks to the fuel economy). For those of you who drove this bad boy, do you remember confronting the 350-cubic inch V8 engine? It took you a quarter mile in only 14.36 seconds at 101+ mph speeds. With an exclusive trim, the Corvette Stingray LT-1 is my personal favourite looking ‘Vette on this list.

Relish in the timeless 1990 ZR-1 Corvette. See how it is designed similar to a Lotus? This Mercury-Marine built aluminum 5.7-liter V8 engine… gave us a whopping 375-horsepower. That’s 125 more horsepower than the base Corvette. This means you blasted off to 60mph in 4.9 seconds. While those claims are relatively standard in today’s time – they were innovative and jaw-dropping back then. Dangerously so, making drivers feel personal and confident.

The Grand Sport Corvette truly packs a punch. This car is made up of a Z06 body sleeping with a C4 generation trim (a purring tribute) piled on top of the C7 Stingray. That means 460-horsepower, 6.2 liters V8 465-lb-ft. engine. Not bad for a monster that weighs 3,735 pounds. (Making you smile so hard your cheeks hurt.) You’ll be able to sink back in your seat as you roar up to 60mph in 3.6 seconds.

All over the globe, Chevy has been celebrated (and rightfully so) since the ‘50s. Forever classic, always timeless and true to the American spirit – Chevy has alone helped more adventurers and highway warriors tackle the American dream more than any other car manufacturer. Is that any surprise? You’ve just seen why.