Are these entrepreneurs the next Jobs and Wozniak? 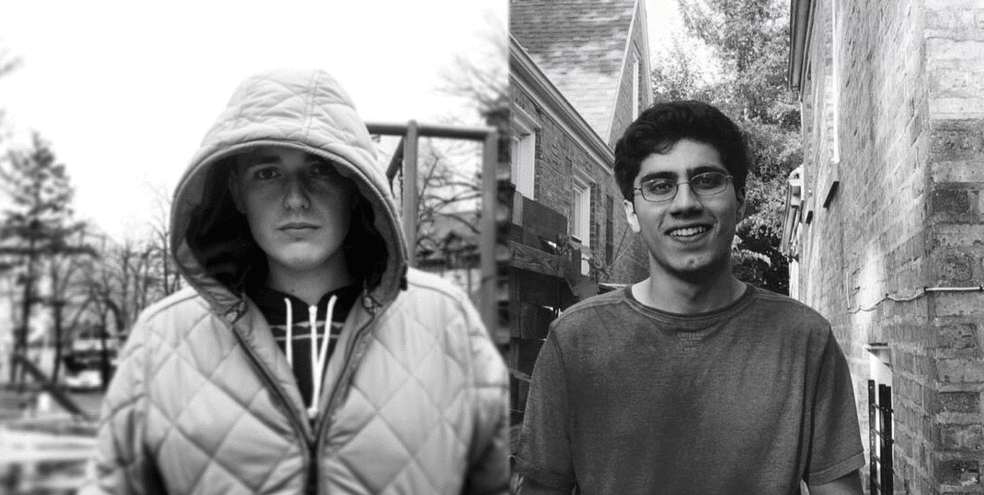 We apply the label of “genius” to everyone today, from our greatest achievers to exceptional children, and we even nickname our favorite musicians after it. But what, exactly, is genius? Is it someone who is crazy enough to tackle problems we are even afraid to acknowledge, or is it just someone who is better than us at living our dreams. „If we wish to appreciate the role that genius has played in the modern world, we must recall the evil with the good, bearing in mind as we do so the uncomfortable thought that genius is ultimately the product of the hopes and longings of ordinary people. We are the ones who marvel and wonder, longing for the salvation genius might bring. We are the ones who pay homage and obeisance. In a very real sense, the creator of genius is us.“, wrote historian Darrin M. McMahon.

It is well known that humans have celebrated many individuals, including so called genius duos that shaped the history. A clear example are Steve Jobs and Steve Wozniak – two geniuses who set the grounds for urban computer ages. Will someone come even close? Now, that is questionable to some extent, but without a doubt, many have the potential to inspire the generations to come and create a value for everyone on this planet. Today we are introducing you to another truly remarkable entrepreneurial duo, Vedad Mešanović and Abu Qader.

Vedad is an entrepreneur from Sarajevo with over five years of experience coming from different industries volunteering for international organizations and working for companies and startups as an advisor, assistant and business developer. With clear introverted traits of a genius, many people who worked with him call him stubborn, but recognize him as someone with a brilliant vision and unique understanding of human psychology and the startup world. Those close to him say that his journey was not an easy one and his beginnings were more than humble. Hence, everyone praises his creative problem solving skills and admire his open minded dedication to higher causes. Next to his professional ambitions, Vedad launched a project called “Startup Champions”, helping entrepreneurs from developing countries launch startups and find investors. Those who had the opportunity to receive his support only had words of gratitude for this young man, with some even calling him “a person who restored their hope in kind humanity”.

On the other side, we have Abu Qader from Chicago – a Lane Tech rising senior whose reputation is also well established. As a sixth-grader at West Ridge’s Stone Academy, Abu separated hydrogen from oxygen in water cells and used the hydrogen as a fuel source. He started developing his first algorithms when he was 13 years old and by the age of 15, he was a machine learning assistant at the Conte Research Institute at the University of Chicago. Among his many achievements, he is also a varsity captain of X-Machina, a successful robotics team from Chicago, and has recently received the „Fifty for the Future“ award, being recognized as one of the technology industry’s best and brightest students by the Illinois Technology Foundation. During his free time, he likes to volunteer and support technology projects with a mission to solve current dilemmas our society faces. Talking to Justin Breen from DNAInfo, his father says his always been this way. “He has never backed away from a challenge,” said Nasir Qader.

Looking at these two totally different minds, everyone will see professionally capable and independent individuals, but it is unquestionable that their talents and ethics perfectly fit together like a puzzle. Abu’s and Vedad’s recent venture, GliaLab, is utilizing machine learning and computer vision to improve cancer diagnosis. Thousands of women are misdiagnosed with breast cancer every year. This usually leads to death or enormous treatment costs and these two young entrepreneurs are motivated to prevent this from happening in the future. Their mission has already been supported by multiple major media platforms around the world and companies like NVIDIA. Hence, they have been nominated for the Chicago Innovation Award and the Central European Startup Awards.

Regardless of their current projects and achievements, it is clear that these two young fellows are destined to work together and one day the entire world will praise their efforts, within the tech industry and far beyond it. Whether they will succeed in healthcare or some other industry is not important, what will help them rise above their time is their united ambition to tackle large problems. It is truly a pleasure to know that young people like this walk among us and we wish them the best of luck on their journey to change the world. Problems will arise and others will doubt you, but whatever happens, never give up on each other guys.

—
To learn more about GliaLab visit their website at www.glialab.com