Dr. Bikash Chowdhury Explains the Top 5 Reasons to Include Ginger in Your Diet 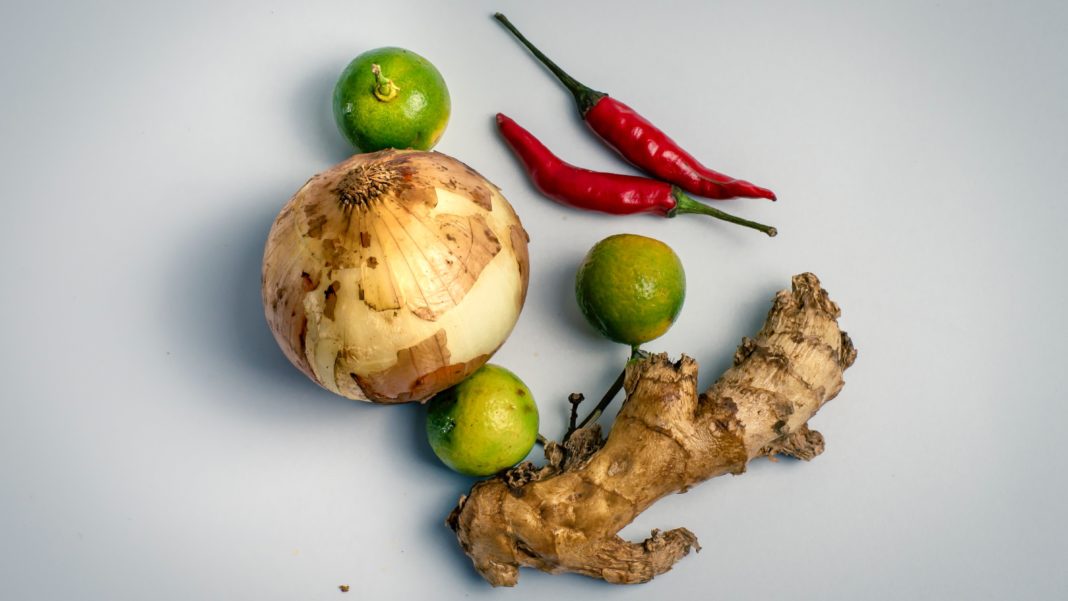 Ginger is a plant with several traditional uses, and although it’s actually an herb, it’s most often used today as a spice. Commonly, you can find ginger in many curried dishes, as well as in gingerbread and other baked goods. However, the underground stem (known as the rhizome) is the part of the plant most widely used, not only to add flavor to certain foods but also as a medicinal remedy.

Below, Dr. Bikash Chowdhury, a Doctor and Specialist in Family Medicine with years of experience and dedication to helping his patients lead healthy lifestyles, explains the abundant benefits of including ginger in your diet.

Ginger is commonly used to provide relief from stomach ailments like diarrhea and indigestion. Compounds called gingerols and shogaols are thought to control the movement of the digestive tract, providing relief from nausea and vomiting. Ginger can also soothe the stomach by helping the body digest fatty foods and break down proteins. Its carminative properties make it effective at relieving intestinal gas and bloating. Research has indicated that ginger contains at least 9 compounds that can provide relief from the stomach discomfort associated with conditions like morning sickness and motion sickness, as well as the effects of chemotherapy.

Ginger can also provide some relief from the aches, pains, and congestion associated with colds and flu. Researchers have identified at least 12 antiviral compounds that account for its antiseptic, analgesic and antioxidant properties. This pain-relieving action, combined with a mild sedative effect, can relieve sore throats and headaches while ensuring that you get enough rest. For colds and flu, fresh ginger should be grated into boiling water to create soothing steam for inhalation. Other recipes recommend blending the herb with honey and lemon to create a gargle suitable for relieving sore throat pain.

According to the Journal of Medicinal Food, studies conducted over the past 30 years have shown that certain compounds in ginger, including gingerols, have anti-inflammatory properties comparable to those of non-steroidal anti-inflammatory drugs (NSAIDs) sold over the counter. Note that NSAIDs are the most commonly prescribed medications for arthritis and other painful disorders of the muscles and joints. Compounds in ginger appear to inhibit some of the same genes and enzymes that contribute to inflammation. Traditional cultures have been using ginger to treat these conditions for generations.

Only a handful of herbs are considered useful in controlling diabetes symptoms, but animal research suggests that ginger may lower both blood sugar and cholesterol. Studies on mice have shown that gingerols enhance insulin secretion and regulate glucose levels. One study mentioned in the “International Journal of Food Science and Nutrition” (March 2011 issue) concluded that certain extracts could inhibit enzymes relevant to type 2 diabetes and inflammation. Another study showed that these extracts could reduce glucose levels by up to 35 percent, while raising insulin levels by 10 percent, through a series of effects they have on serotonin receptor systems. In addition, an experiment on diabetic rats showed that treatment with ginger delayed both the onset and progression of cataracts.

Research into ginger’s effectiveness at treating cancer is particularly encouraging, as it has exceeded expectations. Even the most advanced medications have proven ineffective in certain situations, yet studies conducted on mice (Georgia State University) demonstrated a 56 percent shrinkage in prostate tumor size when they were given ginger. The results of this study seem to correlate with those of 17 other studies that have produced similar findings. The apparent lack of side effects stands in contrast to certain conventional drugs that have been known to metastasize existing tumors.

At this time, the only officially-recognized curative properties of ginger relate to stomach problems. However, research into other potential benefits continues, due to a large number of maladies it has been given credit for treating. Remember to consult with your doctor before making any drastic changes to your diet to help ensure a healthy lifestyle.

Dr. Bikash Chowdhury is most passionate about healing people from illness and improving their overall health and wellbeing. He is always focused on helping others, whether it’s his patients, colleagues, or community. Dr. Bikash Chowdhury is also involved in volunteer work in the village in Bangladesh where he grew up, an is selflessly working to establish a Bengali school in London, Ontario to help his community next generation not forget their roots.