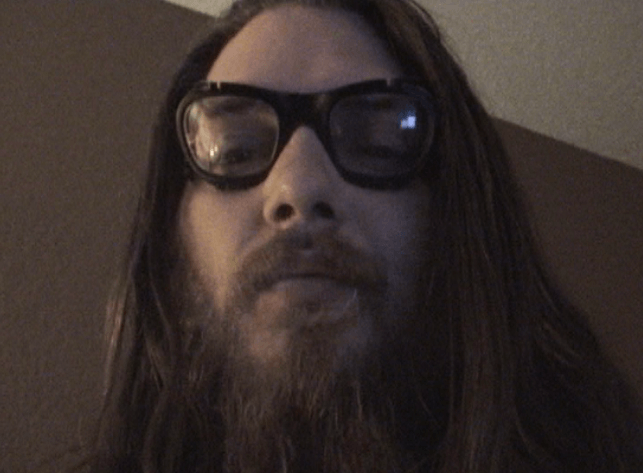 1- Hello Brandan-Lee, can you please tell us a bit about yourself?

Hello anonymous interviewer. I am a disabled veteran. 100 percent permanent and total to be exact. I am trying to start a non-profit organization to aid in the prevention of suicide, by fundraising for programs that will give not just veterans, but many people in different systems, such as foster care, youth detention facilities, psych wards, and rehab centers, more access to therapeutic guidance, education, and recreational tools to learn to manage their stress, depression, and other mental health concerns.

One of my focuses is music. There is a large amount of emerging sciences showing the effectiveness of music, and making music, that helps people with cancer, psychosis, and even physical disabilities. Music therapy is such a large field, with multiple applications, as it is one of few therapies that integrate many centers of the brain, to stimulate the body’s ability to heal itself, in numerous physical and emotional ways.

The concept of mental illness is some pervasive, unseen, unsolvable issue, is simply stigmatized in media, and entertainment, for profit no less. There are actual everyday things that can be utilized in therapeutic settings, and used in therapeutic catalysts in conjunction with therapy. For example, for the 20 veterans that kill themselves a day, there could easily be integrated fishing trips, hunting, cooking, mechanics, racing, animal therapies, a plethora of programs that could aid not only in the prevention of suicide, but the overall health and happiness of veterans, and their families. That’s just one group of people that many pretend to care about, but don’t actually support, other than with their taxes.

3- How do you describe your journey in few words?

My first thought is to make some form of metaphor if you want few words. My journey is like being a penguin still in its egg. It was either kicked down a hill, or fell down a hill, that fact remains unknown, but, it almost died. Miraculously, a different kind of bird arrived and hatched it. This bird could fly. This bird did not speak the same penguin language, but, over time, the penguin hatched, and grew. The penguin then returns to the group of penguins that it was separated from, and could only speak of a larger world than the other penguins knew existed. So, it decides to try to watch the perimeter of the penguin colony, so that no more eggs fall down the hill, and nearly freeze to death, or worse. I suppose that could sum it up.

4- Can you tell us about your music style?

It’s really hard to do that. I don’t just fit one mold. To me, I sound like a group of people. Each with different sounds, and each with different stances on reality. My aim is to start making full albums that are more like audio books. I find the concept of storytelling, linking the first song as the intro, all the way to the end, telling one full story, something that has a lot of potential for my actual mental illness. Completing a song used to have a meaning to me. Now, I feel that I need to widen that scope so that a whole album has a meaning. A moral, a plot, a way to see the progress of a character.

5- Where do you think you are making an impact?

Well, other than surviving many systems in the United States, like foster care, welfare, boy’s placement, homelessness, the military, psych wards, the VA, home ownership, there are a lot of cracks, a lot of gaping holes if I’m to be honest. While I haven’t made any impact other than with the many people I know that have called me while suicidal, I don’t think I’ve made an impact at all yet. I’m still looking to make that impact. I find it hard to live the life that I have and make it to a level of “safety”, financial security, but not have any legal ways to continue forward. Again, I’m 100 percent permanent and total disabled through the VA, which means that I can’t even volunteer at established non-profits, look it up. The VA actually let disabled veterans volunteer at their facilities, doing actual work, and then cut their benefits. Not to mention the death lists at the VA hospital. Also, at 100 percent rating, I’m not allowed to work, or even go to a psych ward, without losing my benefits. It’s like being trapped in the middle of a desert, with a giant gold brick. What use is it if you’re going to starve to death?

6- What were some of the biggest challenges you encountered while working on your new 501c3 initiative?

I don’t know if it’s the fact that people don’t care, or if people need you to appear successful before they care to care…….
I have pretty much everything ready to start the non-profit organization, but, to my surprise, once you have non-profit status, you can write for multitudes of grants to support your cause, but you can’t get the money to actually file to start one?

That may not be a big deal for everyone else, but, at 100 percent permanent and total, I can’t even go work to save up the money myself. It’s like I’m living in a paradox.

The very services that could help me with my mental health, don’t exist in financially feasible ways. In order to attempt to create them, I have made money without legally being seen making money. How can one show that their concept has merit while being looked down upon?

If all goes well, I see myself discussing campgrounds for foster kids and kids in placement, that act as summer retreat/educational programs to show both staff and residents what life could be like if we simply cared about children. Perhaps already having phonics donated to said organizations. Because the statistic of kids not being proficient readers effects not only their comprehension of reality, but their mental health, and field of work. A lot of illiterate people simply end up in jail, or on some form of government assistance. Hooked on phonics isn’t that expensive to donate in mass quantities to many of the systems that already have the room in their buildings to implement such fundamental programs.

I also see myself in 5 years plotting on creating nicotine rehab centers/retreats. Sharing the wisdom with Veterans, to provide similar recreational and educational programs, and actually preventing the jail time, overdoses, suicides, depression, and self-destructive behavioral patterns that plague those with a troubled past, while still providing content and funding to outreach programs that do similar things. Essentially, in 5 years, I see myself making that impact we were talking about. Perhaps already having funded a few C or D list celebrities to have recorded additional content for phonics, and speaking at some of the benefit concerts, singing on an album, and doing introductions for the albums.

It’s not just about not giving up, it’s about allowing your dreams to take form without all the extra attachments that weigh you down.
Some people simply thrive on destruction and drama because it’s all that they’ve grown up to know. Everyone has issues. Many people find it hard to accept responsibility for acknowledging them and getting help. Most people don’t even realize that a lot of the bad
habits that they exhibit, aren’t even from them. They’ve been picked up from parents, friends, guardians, or simply having a view of the world, that isn’t exactly helpful to you or your surroundings. Being a part of a group, and going with the flow, can sometimes be its
own form of prison. Even if you get away with stuff, the memories and subconscious urges that come with repetition can potentially be destructive. So, learn to assess yourself, without hating what you see. Life is a process of growth, there’s fluidity. We have to choose to not follow even ourselves blindly. Take the time to pray, or meditate before you make life-altering decisions. Give it time, and trust the advice that you hear, not the doubt.

At the moment, I’m excited about what I’ve always been excited about, possibilities. For the over 40,000 Americans, and 200,000 worldwide that commit suicide yearly, their families, the millions more that attempt it yearly, what if those people actually had alternatives? Not just talking about it, but doing something with their lives that help them assess the smaller emotions and traits that led up to that urge of finality. Changing the definition of what it means to be alive, what it means to be in a community. Actually seeing progress in our daily lives, and communities, and not being able to blame the government, or people that don’t seem to understand what a toll mental health can be, and our literal role in our treatment. The possibilities are indeed, endless.

If you think I am making any sense, please, view the Youtube video pitch for this t-shirt campaign. Feel free to listen to the few songs I’ve chosen to share freely. I’m not asking for much, just an opportunity to show people that solutions do exist. Someone just has
to take the time and effort to provide access to services that already exist. Someone has to stand between proven therapeutic methodology, and those who need assistance, without charging an arm and a leg for said services. A non-profit organization can help with that. The government isn’t doing it, so it’s a position that falls upon us. I wouldn’t be reaching out if I didn’t believe that I can play this fairly small role in bridging that gap. I’ve lived in those gaps.

This is our world. These statistics represent us, and the areas that require action. The truth of the matter is, no matter what side of the Nature V Nurture debate you lean towards, nurture takes place in nature. To not nurture, defies nature.

I’ll simply hope that a link for the t-shirt campaign is shared, and if you click on The Crazed Haven Facebook page, you will see the post for it. Before I began doing music, I was given the name of The Raven. I found this biblical passage particularly fitting when trying to figure out what to do with my life. Luke 12:24 “Consider the ravens; They do not sow or reap, they have no storeroom or barn, yet God feeds them. And how much more valuable are you than birds?”

To connect more with Brandan-Lee and his initiatives, visit:
– Ink To People,
– Songs,
– Facebook.