Omer Cheema has been living in Korea for last five years where he works at Samsung headquarters leading innovation and global strategy projects. During his recent trip to Canada, we caught up with him in order to learn about his experiences over the past five years and his journey from a researcher to an innovation leader covering a range of technologies including IoT, Artificial Intelligence, Consumer Health and Autonomous Cars 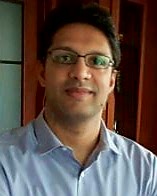 1- Hello Dr. Cheema, what are your focus areas at Samsung?

At Samsung, there are two types of projects that I lead:

1. Existing businesses: Memory, OLED, and mobile phone chips. The goal is to maintain Samsung’s leadership in these businesses by maintaining the technology leadership. Just to give you an example, one interesting project that I recently led is aimed at enabling flexible displays. Imagine, a phone that can be folded and rolled into your pocket. I am very excited about the potential of this technology that will be commercialized in next few years.

2. New businesses: In these initiatives, our goal is to create new growth engines for Samsung in the post-mobile era. Most people in the developed world now own phones, developing world is rapidly catching up. The key question we ask ourselves is: what are the next technologies that would make our lives even better? We are looking at emerging megatrends such as AI, autonomous cars and IoT to build new stand-alone businesses

2- How do you describe your journey in few words?

Living in Korea is a very exciting and rewarding experience. Before moving to Korea, I didn’t realize how quickly was Asia becoming a global powerhouse for innovation. Now, I am convinced that Asia is the future of technology and innovation. It already leads the world in semiconductor and consumer electronics. It’s now very well positioned to become the leader in future technologies such as artificial intelligence, genomics, IoT etc.

3- Can you tell us about ARTIK IoT initiative?

We started ARTIK in early 2014. During strategy formulation phase, we were a small team of 4 people directly working with Samsung President for several months. Once we were clear on strategy and business plan, I was surprised how quickly we scaled up because of significant investments from Samsung leadership. Now we are on track to become a $1B business by 2020. I am very proud to be the founding member of ARTIK IoT platform.

4- What were some of the biggest challenges you encountered while working on the initiative?

We have teams in the US, Korea, Israel, Germany, and France. Managing cross-cultural teams was very challenging.  Just to give you another example, Israel and Korea are two extremes in terms of organizational hierarchy, communication styles and the best practices of doing business. It was a wonderful experience building these teams and making sure experts from various cultures come together to build a very valuable solution

My vision for ARTIK is to make it a billion-dollar business in next five years. That being said, entrepreneurship is a risky business. There are no guarantees.

6- What can you tell younger technology professionals planning to work in multicultural environments?

Be flexible. Be Humble. No culture is right or wrong. The differences among two cultures are just two different kinds of rights. Be sensitive to cultural differences.

7- Any books you would like to recommend for youngsters?

“Home Deus: A Brief History of Tomorrow” must be a mandatory reading for any entrepreneur. I love the concept of dataism, a new religion or belief system in which the acquisition, distribution, and processing of data, both by biological organisms and computers transcend the interests of the individual. This is not as remote as it sounds, given the role in our lives and decisions currently played by Google, Facebook, and Amazon. This leads us into a world where human beings are “chips”, each making small contributions to the Internet of All Things.

8- The last word or final thoughts?

Three important scientific breakthroughs from ~1970 were:
1) The Man landed on the moon.
2) Intel launched its first microprocessor 4004.
3) ARPA created a network to connect distant computers.

Only #1 made headlines, it got the most media publicity but didn’t change your life in significant ways. #2 and #3 changed everything but didn’t make headlines.