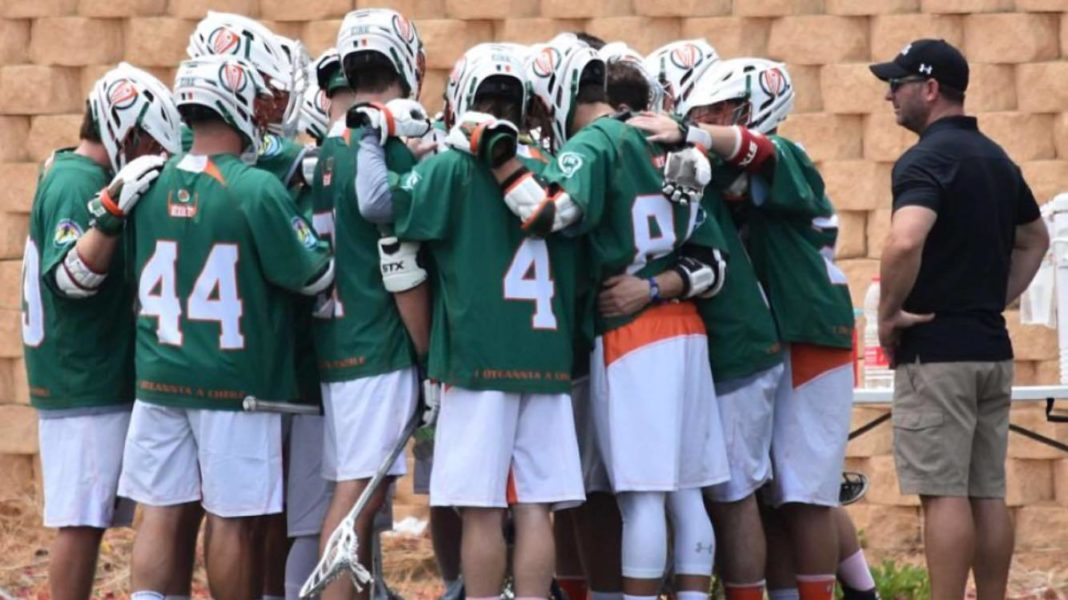 “Under the stultified rule of parents, sports corporations and medal-driven competition, youth sports have lost its way. I say, “Lost its way” as a reminder that the journey had a purpose when it began. I felt compelled to write about this for several years but have been stifled by way of drowning in the impetuous momentum of the very activity for which I am writing.

In passing or in the form of barstool exchanges between middle-aged lacrosse moms and in the less kindly virtual world of forums, whereas anonymous authors spill unfettered commentary aimed at children, lies the unintentional omission of a foreseeable end game. In other words, why are we doing this in the first place? I’m a coach, a vocation I unwittingly undertook. In all honesty, I can’t quite remember when my life’s hourglass shifted in preponderance from CEO to coach, but here I am in 2019, acknowledged by most as Coach Mike. I am a coach and a parent, who for some time, believed in the early specialization of children in a particular sport. While I still see an abounding benefit in such specialization for some children and the work ethic lessons involved, I have recently questioned what the end game would be for said athletes, moreover, my own children and the teenagers I currently coach on the field and mentor when we’re off.

We’ve built this false realism of fifth place trophies and lower bracket champs. There was a time when losing was inevitable and it’s been pacified by the creation of ‘B’ brackets and participation trophies. The most telling miscalculation actualized is that children do not know how to lose anymore. They’ve lost out on the importance of growing from mistakes, failures, trials, and tribulations. Motivational Speaker, Les Brown, talks about a Chinese bamboo tree taking five years to grow in the soil before it emerges from the ground, then how it quickly grows ninety feet in five weeks. He asks, “Did the bamboo tree grow in five weeks or five years?” It’s obvious that it took five years. It is in those five years, when we don’t see all of the medals, wins and losses, sweat, disappointment, drive, work, injuries and illnesses, your child will emerge as the Chinese bamboo tree. 2019 should be known as the immediate gratification era and when over-sheltering children, for lack of a better term, sissified them.

We need to take aim at the potential complications as well as the benefits that early specialization in sports has on a child. If the potential reader should want to go beyond disagreement with its author, and I have noticed that people described herein are often inclined to take this course, do so with the proviso that the conversation continues – however it may go – with meaning. While I continue to write, and while some of you continue to seek ambitiously the next gold medal for your ten-year-old, there are skillful advertisers designing emails and Instagram ads for competitions which beseech to call upon your parental emotions – which is the problem, to begin with.”

Interviewer: Wow, Michael! That was a powerful statement quoted from your upcoming new book, ‘In Cadence; How adults have ruined youth sports.’ Can you give us a glimpse of what the book will focus on and what makes your book any different from the other books on this topic?

Michael: Before I begin, I want to make sure people understand that I don’t expect everyone to agree with me. What I hope you can all agree on, however, is that I will try not to bore even my worst critics in this interview. That said, let’s get to it.

I wrote this book, because I WAS WRONG. In retrospect of my own thoughts, gestures, and beliefs about youth sports, I realized over the years, that I wasn’t paying close attention to the nature of the experience for each child. While some children developed in a straight line, meaning without complication, others weren’t able to thrive in a similar environment. The latter is who I am directing this book to. I’m speaking to the parents and players themselves, about the reasons for this disparity and how it can be worked through.

Interviewer: What is causing this disparity you’re talking about?

Michael: Athleticism, puberty and skill-levels aside, I have seen that burnout is the elephant in the room, that many club team coaches will not address. Burnout is usually linked to early specialization in a sport. Studies have proven and my own experience has shown me that 70% of children quit playing the early-specialized sport by the age of 13. Burnout is easy to diagnose, but hard to accept for many reasons. I was speaking with one of my players a few months ago and I told him something that struck a nerve, but it opened the door to conversation. I told him, “The 12-year-old you could kick the crap out of the 13-year-old-you.”

Have you ever noticed that your child, despite on-going training, game experience and lapsed time has actually digressed? That’s a telltale sign of burnout. If you’re noticing that, you may also notice emotional changes, attitude and physical health declination and depression. Burnout is a serious consideration, often disregarded because of the “travel sports mentality” of club owners.

Interviewer: How can you blame travel club owners for burnout? The parents choose what is best for their kids, right?

Michael: I promised not to be boring, so I’ll quickly quote a 2017 Aspen Institute Study, that valued the youth sports industry at $17 billion. Travel sports is a business and our children are the commodity. Whereas once there existed a “lacrosse season” it never ends now. Children finish up an arduous summer season, only to be at tryouts the very next day. Then they’re back on the field for “fall ball” and other seasons invented by club owners. Supplemental seasons are the reservoirs created by club owners to provide year-round cash for their travel ball businesses.

Interviewer: How do travel club owners convince parents to keep their kids playing one sport all year?

Michael: The default state of tribalism, along with high-pressure sales and the inevitable carrot in front of the nose trick. In reverse order, the carrot is the $3 billion in partial or full scholarship funds club owners dangle in front of parents who want their piece of the pie. In sales tactics, that’s known as the “hook.” Coming from a purported authoritative figure, the scholarship hook may be enough to get parents to ignore the signs and symptoms of burnout in their children. Parents sometimes feel that the end justifies the means. More than that, you should be able to recognize high-pressure sales tactics that take individual thought out of the equation when making team selection and seasonal decisions. The use of “while supplies last” insinuations are plastered in their email blasts and social media.

Tribalism is the default state in our society and it is the lifeblood of all sports teams. Accordingly, children are being put in positions which cause friction in their interactions with fellow athletes whom they would otherwise befriend; all in the name of such and such team. The same way adult sports fans will literally fist-fight in the stands of a major league game, the parents and players are pitted against each other to spark emotion. Once you’re emotionally attached to something, your reasoning mind can be convinced to act out of character. These are sales tactics and nothing more.

Interviewer: Do you have some type of advice to offer parents and players in your book?

Michael: It’s clear to me that our young athletes are all experiencing youth sports, for lack of a better term, on different playing fields. As parents and coaches, we need to figure out how to create an atmosphere where all players can thrive at some level. The first question we must ask ourselves is, “Have I already closed myself off from learning, and am I open to error-correcting?” The first step is to admit that we may be doing this all wrong.

At the highest levels in youth sports, we seek to have our athletes live at the edge of their capabilities. This is tantamount to an adult crash-dieting for a bodybuilding show, or a fighter training for a title fight. The only difference, is that we are being led to believe, that there’s a title fight every weekend and it never stops, and if you’re not in, someone else will be taking your child’s place. That, in turn, creates the fear of loss of identity for our children who have been taught, usually by an unscrupulous club director, to feel identical with their team logo – usually for profit.

Speaking of profits, my book, once released this winter, will be available in audiobook format on YouTube, free of charge to anyone. The profits from book sales on Amazon, etc. will be given to notable charities. If you run a charitable organization, and would like to benefit from these donations, you can contact the author at Michael.Evans@LaxMafia.com