Interview With Entrepreneur And Co-Founder Of Tunedly, Chris Erhardt 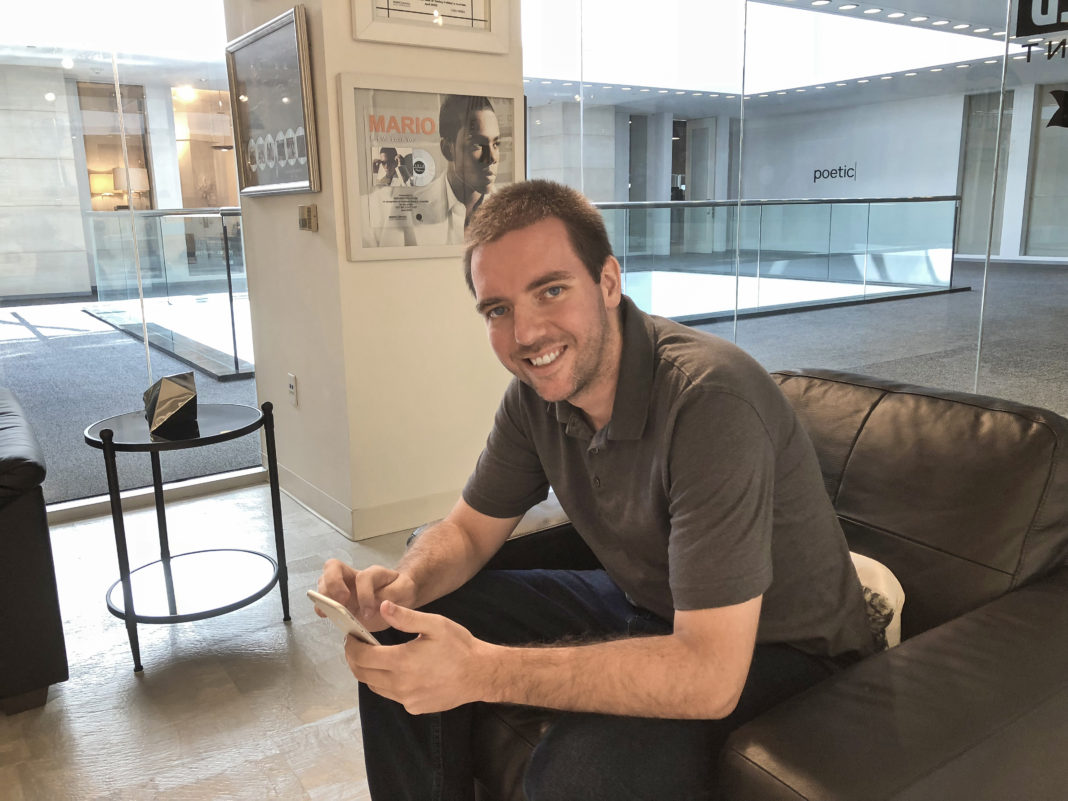 1- Hello Chris, Can you please introduce yourself?

Sure! Firstly, thanks for having me. I’m Chris, the Co-Founder of the music/tech company Tunedly. I am a former music producer and songwriter, having worked with amazingly talented singers and bands across Europe and North America prior to having co-founded Tunedly.

In my career, I mostly focus on business development, product development and leadership. When you start your own business, you give yourself fancy titles such as CEO or President, but honestly, in the early days, you do everything from bookkeeping to customer service all the way to scrubbing the floors. This isn’t a bad thing though, in my opinion. Those early days really define who you are and what you enjoy the most in your career. I quickly noticed that developing new services, tweaking and improving existing ones, finding strategic partners while keeping the team motivated during the lows and grounded during the highs were the areas I excelled in and enjoyed the most.

3- How do you describe “Tunedly” in a few words?

Tunedly is an online recording studio and music publishing company. We connect songwriters to top tier session musicians, while providing a platform for them to create music at studio quality. We then pick the best songs and sign them to exclusive publishing contracts, placing them in film, TV, ads or with established artists.

4- Where do you think it’s making an impact?

Imagine this: You’re a talented songwriter somewhere in Fayetteville, AR or Hobbs, NM. While you have some musician friends, none of them are capable of recording studio quality music tracks for you and beyond a guitar and maybe a piano, talent around you playing other instruments is very limited. That’s just on the song creation side of the equation.

I’m not yet even talking about the networking side of things which are needed in order to build relationships, which ultimately lead to the placement of songs. Now, you discover Tunedly and can hire and collaborate with the same session guitarist in Nashville, who just recorded a guitar track with Faith Hill or get your demo vocals recorded by the same singer who received multiple Grammy Awards as a performing artist. That’s impactful for songwriters who normally don’t have access to these type of musicians.

Not only is Tunedly enabling songwriters from any part of the world to work with top tier session talent, but the collaboration tool also enables them to actually interact with them and make it a collaborative process.

5- What the word “Entrepreneurship” really means to you?

Entrepreneurship is one of these buzz words most people don’t put much thought into. At least that’s how it looks to me. Most people hear the word “Entrepreneur” and think of a young Mark Zuckerberg, a 20 – something-year-old with a startup idea, building a business empire.

Entrepreneurship is so much more, however. It’s the ability to care for oneself, think outside of the box, work on something that is greater than yourself and creates value to others. The dad of three with a passion for fashion, who is driving an Uber at night and shops for Instacart during the day in order to feed his family while saving up money to create his own clothing line is an entrepreneur.

The Apple customer care employee who develops a system which increases his efficiency by 20% and Apple adopts it for the entire customer care team is an entrepreneur. I could go on forever with more examples. What I’m trying to say is, entrepreneurship comes in so many different forms and shapes.

We are now right around four years old and reached the milestone of our 3,000th song production. In another five years from today, I want to celebrate song number 10,000 with the team. Besides numbers, in five years, I really see Tunedly eye to eye with some of the major music publishing houses such as Universal Music Publishing, Warner/Chappell or Kobalt Music Group in regards to songs placed in film, TV and with artists as well as in the number of royalties and sync fees collected for our songwriters.

7- If you could turn back the time, what would you love to change in regards to the way you launched Tunedly?

They say hindsight is always 20/20. Honestly, I wouldn’t want to change anything in regards to how we launched Tunedly. Sure, we made plenty of mistakes, stumbled and fell more than I would like to admit. But you know what, every one of these mistakes was a learning experience. Every single fall taught us how to get back up. I doubt we would be where we are today if we had done anything differently.

8- What is the “one-word” advice you will give to our readers when it comes to succeeding and especially the ones who are just starting?

There is so much to be excited about right now, it’s tough to pinpoint one thing. Obviously, on the Tunedly front, having reached 3,000 projects is huge. We also just recently managed to hire a top talent who served in a director position at Warner Music Group for 19 years. She took over our music publishing department. I guess, to answer this question, it’s just exciting to see Tunedly grow, not only the company, but everyone involved as people.

Thank you for this amazing interview. I really like your blog and think it’s a great resource for buddying entrepreneurs. Also, thanks to everyone who was reading this interview. If you have any questions, don’t hesitate to contact me at Tunedly.