Interview With Gibby Booth, Entrepreneur, Author, Speaker, & Host of the Dyslexia Is Our Superpower Podcast 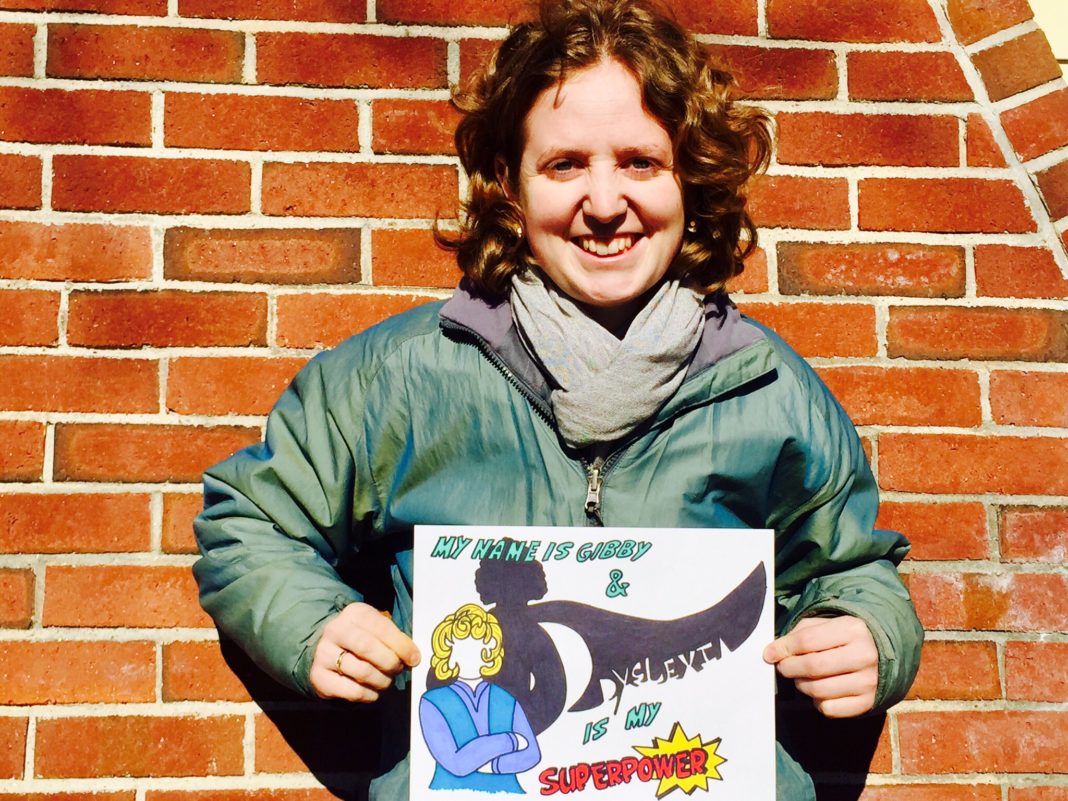 1- Hello Gibby, can you please tell us a bit about you?
Hello Everyone! Let’s see…I love pizza, am terrified of snakes (yes even the totally harmless ones!), I enjoy house plants but totally don’t have a green thumb and are constantly killing or almost killing them, one of my pet peeves is when my fiancée leaves the toilet seat up, and we have four big dogs. Oh did you mean in a business sense? Ok, well after suffocating in an environment working for someone else that felt way to corporate I quit and dived into starting my own medical massage practice. The only problem has I had no idea what I was doing business wise! Luckily I found help in the form of Google and a fabulous business coach and had a full practice after two months.

A few years ago I went on an accidental journey where I discovered that my dyslexia that I had seen as evil my entire life was actually my superpower. And that I had been successful because of it not despite it like I had previously thought. So I now wear two hats: the dyslexia advocacy hat and founder and head therapist at the pain clinic.

2- What are your focus areas and why?
I’m on a mission to make sure that everyone, especially kids know that what makes them different (whatever that may be) doesn’t make them stupid or less than anyone else. In this society, we have this totally wrong idea that different is bad and that if you don’t conform to the norm something is wrong with you. That’s total codswallop. I’m so passionate about this because I know how much it sucks to feel this way and I now can see how wrong it is. Different is what gives our world color. Different is what brings us new inventions and discoveries. We need different—we need your different. 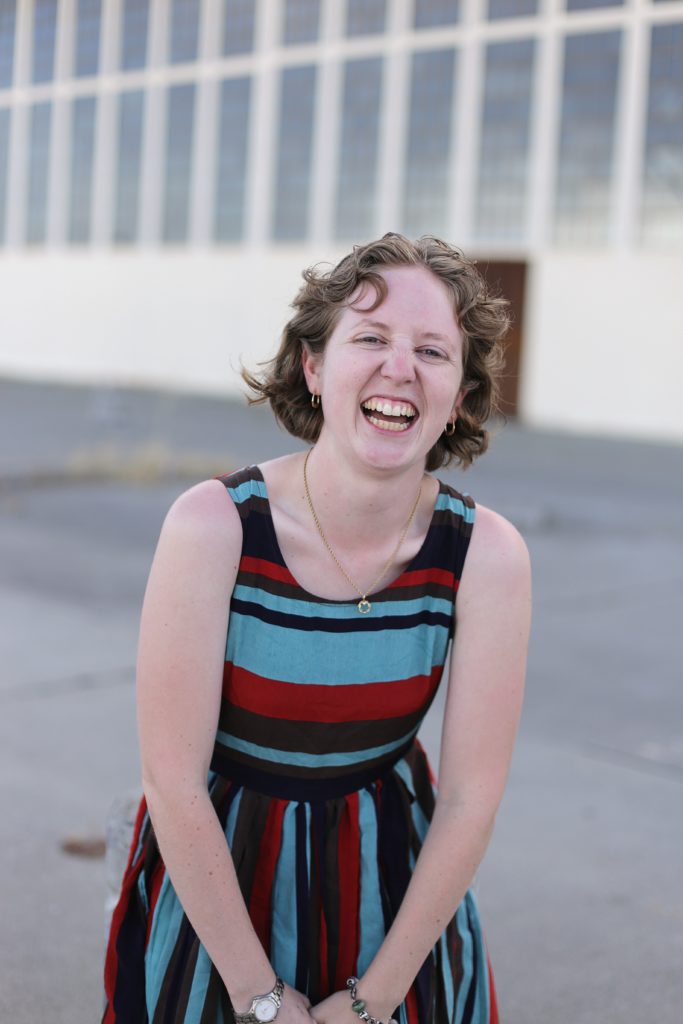 3-How do you describe the “Dyslexia Is Our Superpower” podcast in a few words?
The mission of the podcast is to show fellow dyslexians (as I like to call them) that they are not alone and that there are many ways to succeed as a person with dyslexia. As well as giving non-dyslexics an inside view of the dyslexic world.

4- Why do you think the podcast is making an impact?
The focus is on the stories. It’s real conversations, sometimes we laugh, sometimes we cry, but it’s always real. There’s no fluff. I don’t have mistakes (like saying the wrong word or not being able to immediately come up with the word one is looking for) edited out (just noises like cell phones and traffic) because it’s not about being perfect it’s about being authentic. That really resonates with people.

5- Do you think, launching and managing a podcast is an easy task?
Honestly, I put off launching the podcast for months because I was terrified. I told myself I wasn’t qualified enough to do it (which really meant that I didn’t feel worthy enough to do it). I was worried no one would listen to it except my parents, that I wouldn’t be able to find guests to talk to me on it and that I would end up blabbering to myself, and eventually, I would phase it out and it would become another one of my crazy ideas that went no-where. I told myself that it was going to be really hard, time-consuming, and expensive to set up and let myself throw the idea under the rug. One night months later I was writing a section of my memoir where I was expressing at age 16 my extreme longing for a dyslexic community—people that were like me understood me and could relate to me. It suddenly dawned on me that I was sitting on an idea that could do just that—create a supportive dyslexic community. Dyslexia can be so isolating and here I was with a brilliant idea and I was stalling because I was scared? It suddenly didn’t seem like I had a good enough reason to put it off another minute. I sent a friend of mine an email asking if he would be my first guest on my podcast and after confirming a time with him began to figure out how to actually set this thing up!

Something I learned along the way is that sometimes it’s better to seek help with tasks you don’t know how to do. So I hired someone to pull it all together. And the funny part is that the entire podcast took less than $100 and a day to set up. I definitely laughed at myself for letting myself believe it was going to be super challenging. As far as the managing part it’s not bad at all. Someone else does the editing for me and I do the rest. I thoroughly enjoy chatting with people about their dyslexic stories so it makes the effort that goes into it 100% worth it. 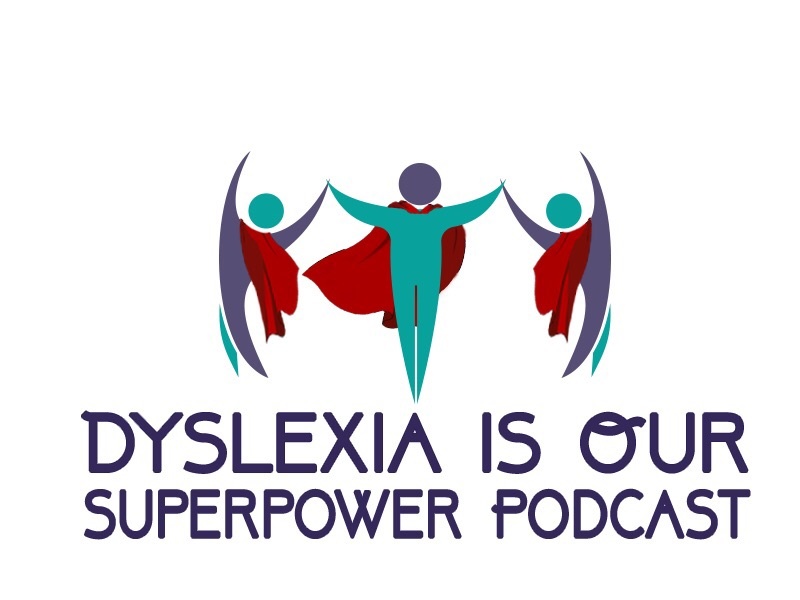 6- What does the word “Entrepreneurship” mean to you?
Freedom, creativity, and awesomeness. Need I say more?

7- Where do you see the podcast in the next 5 years?
One of the main goals is to create a ginormous database of dyslexic success stories so in five years there will be whatever 52 times 5 is (math was never my strong suit). That’s just so exciting! I also have a list of famous dyslexics I would be honored to chat with and so hope that in five years I will have had many of those conversations.

8- What can you tell young creative entrepreneurs who are pursuing their dreams?
You are awesome. I hope you know that and I hope you have someone in your life telling you that. If not read this as many times as you need until you believe it. I applaud you for taking a risk and believing in yourself. It’s not easy to do and takes tremendous courage to step away from the crowd and began laying down the path for your own road. Don’t let anyone tell you your idea is dumb, that it will never work, and that you should stop. Only you know how much the world is missing by your idea not being out there and only you can do something about it.

9- What are you most excited about at the moment?
I’m having so much fun on this journey. I’m honestly excited that I have no idea where it’s taking me. A good friend of mine challenged me to have a year of saying yes and to stop letting myself stand in my own way. So that’s what I’m attempting to do although I’ve got to admit at times it’s much easier said than done.

10- Any last words or final thoughts?
I think one of the most powerful things I’ve ever learned is a piece of wisdom from Tony Robbins. He says that if you haven’t done something yet that you want to do it’s because your brain links more pain with not doing it than doing it. I know it sounds like hocus pocus, but hear me out. Let’s take my podcast for example. At first, I linked more pain with doing it than not doing it which is why I put it off for months. I was so terrified of failure that it stopped me from trying until it became more painful to keep putting it off than to give it a go. I realized that I was depriving hundreds of kids and adults of finding a community that I had so desperately wanted and that spurred me into action. So whatever you aren’t doing that you’d love to do think about all the pain that will come if you don’t do it. Who are you depriving? If you are sitting back reflecting on your life at age 90 will you regret not doing whatever this thing is? If you answered yes then do yourself a favor right now and think of one small action step that you can take to start you off in that direction. Maybe it’s a phone call or an email. Maybe it’s googling something. Whatever it is taking action right now because it will get the momentum rolling. I felt isolated and alone while I was navigating my dyslexia and then the feeling was back launching my first business. So know that I’m here for you. Reach out anytime via the contact me form on gibbybooth.com Congrats again on finding your home in entrepreneur land—you’re going to love it here.