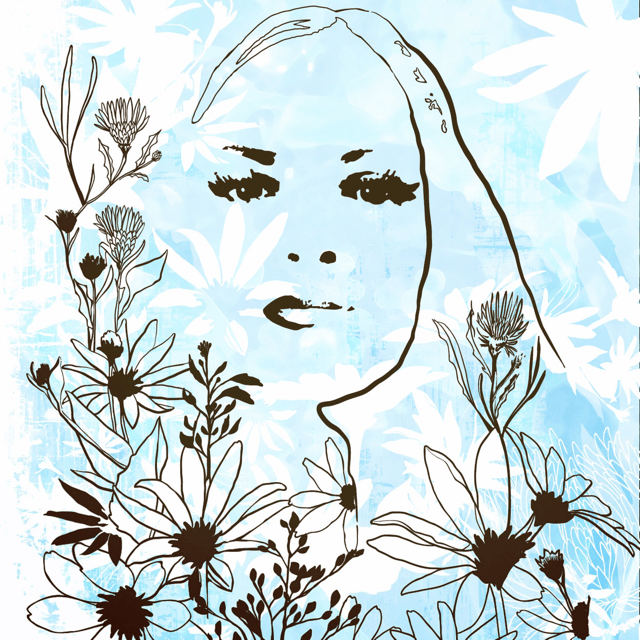 1- Hello Karen, can you please tell us a bit about you?
I am a rock singer-songwriter from the east coast of NJ. I started writing and performing in the 1980’s when I formed an almost all girl acoustic punk band. I’m blessed to have been a constant player of the infamous Asbury Park Music Scene since those early days. I’ve recently teamed up with Producer Steve Greenwell, (Joss Stone, Steve Forbert, James Maddock) for my new album, “Thistle + Boon”, which will be released February 14th on Willow Bella Music.

2- What are your focus areas and why?
As a performer my focus is connecting with my audience, to allow them to feel the offering, sharing the human experience through music. As a singer, my focus is delivering the most honest, authentic, emotional communication of the story as possible. As a songwriter, my focus is the allowing myself to be open and to submit to that creative energy which brings forth the songs and to continually grow creatively and musically.

3- You are a co-producer and singer/songwriter, how can you manage to do both?
I think most artists co-produce or have that desire. For me, I create and imagine what the end product might sound like. Sometimes my ideas are great and sometimes not so much. I share my ideas with my producer and he makes everything happen in the most appropriate way for me as an artist, for each song and for the album as a whole.
I think it’s best when an artist can work with a producer who listens and honors their feelings toward the development of a song. I hope in time to learn the craft of producing but for the time being I fully trust the experience and wisdom of my producer, Steve Greenwell.

4- Where do you think your work is making an impact?
My music has a British Invasion feel to it at times, so I think there might be the potential for the more mature demographic in my fan base, but because the production is fresh and current, and the subject matter is relatable to any age my work could possibly resonate with anyone from millennials to baby boomers.
My songs are mostly autobiographical, non-fiction. There is a gravity too much of the content of my writing but there is no wallowing. There’s always hope, loveliness, and beauty.

5- What does the word “Stage” mean to you?
The word stage to me represents where everything is made real. It’s game time! It’s the place where hard work and determination pay off. By the time I hit the stage I’ve practiced for hours and hours which all lead up to that defining moment where I’m either going to do what I came to do or drop the ball. It’s my favorite place of challenge, courage, personal and artistic development. It’s been my favorite place, honestly. I love it. The place where I get to share my music live. I’ve always, from the time I first picked up a guitar, practiced with a stage and a performance in mind as the goal.

6- Tell us about your new album, and what was the inspiration behind that work?
First, I’ve got to say that the album was mostly funded fans through my PledgeMusic campaign. It was the first time I tried anything like it and although it was seriously hard work I am so grateful for the opportunity and the connection with the fans who supported the project. I felt like I had a massive team going through the process step by step with me.
Producer, mixer, engineer Steve Greenwell is one of the most creative, spiritual and experienced musicians I know. It was a complete blessing to work with him and to witness his belief in my songs and in me as an artist and singer.
He called in session players he had worked with many times prior knowing they’d be a perfect fit for the project.
The album features Aaron Comess on drums; Jack Daley on bass; Jay Shepard on acoustic and electric guitars; Jimmy Farkas on acoustic and electric guitars; Billy Siegel on piano and keys; Emily Grove on backing vocals and a special guest appearance from Michael Sullivan on guitars on the single “There Was a Girl”; Steve Greenwell on percussion and programming.
We recorded basic tracks live last May at ShoreFire Recording Studio in Long Branch, NJ with Joe DeMaio as Engineer. We finished up at Steve Greenwell’s in Asbury Park, NJ.
The title “Thistle+Boon” represents the ten songs that make up the album, excerpts from my life over the past 30 years. The album is a coffee table book of stories from my experience, dating back to youthful days of addiction, being violated, depression, to recovery, love, and adventure. From growing up as a child of divorce to becoming a single unwed mother, I write from the perspective of daughter, sibling, lover, friend, and mother.
Thistle is the prickly tough, mostly unwanted experiences that life takes us through; loss, heartache, loneliness. Thistledown is the white asterisk stuff that floats through the air, that when you catch it you can make a wish.
Boon is the blessing of who we become when we live through those difficult times and are able to love again more deeply, with more maturity, empathy, and joy. 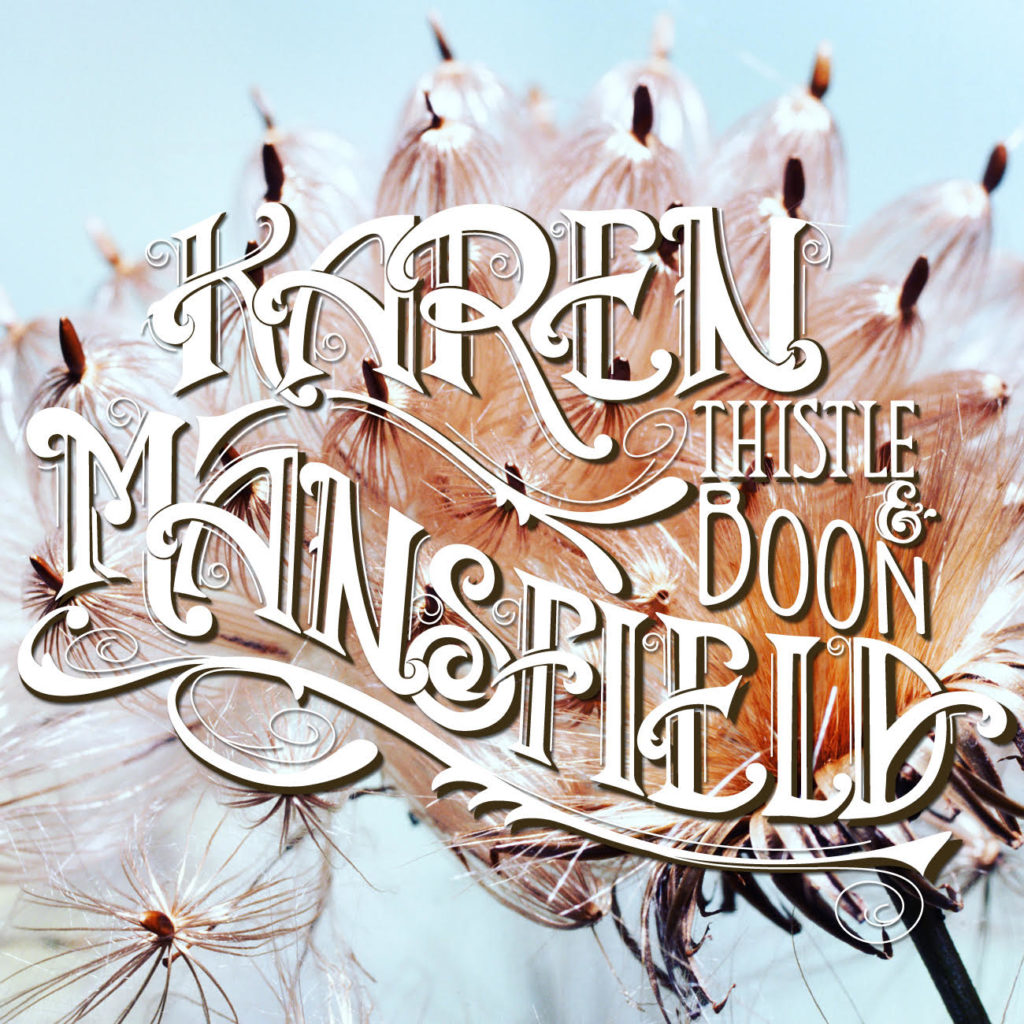 The album cover is an image by photographer Mark Taylor of Warren Photographic, of a dried thistle bloom taken just as the downy seeds are being released into the wind. It’s a lovely image and I feel it represents all the sentiments on the record.

7- Where do you see yourself in the next 5 years?
In five years I see myself touring Nationally and Internationally, making more albums, connecting with more fans.

8- What can you tell young women who are pursuing their dreams?
I’d tell young women to be true to yourself number one. Focus on what you want and where you want to go. Don’t waste your time on anything that will turn you away from your goals. Surround yourself with like-minded people.
Study the art of those who have influenced you musically, then study the work of the artists who influenced them. Then check out who their influences were.
Don’t ever quit. Resolve to give it your all, no matter what. Read, ask questions, work on your personal development harder than you work on your craft.

9- What are you most excited about at the moment?
I’m most excited about the record dropping on February 14th. I am looking forward to performing live and sharing my songs. I can’t wait to go new places and bring my music to new people.

10- The last word or final thoughts?
I believe we are all here for a purpose, that nothing happens by mistake. I feel so strongly that we have just one life and that we must live it to its full potential, the best way we know how. Taking the good with the bad, knowing what we give out we will surely receive. Healing, forgiving, loving and pouring one’s whole heart and soul into one’s dreams will always transform a person into a better version of them self. Even though these choices may bring the pain. They will chisel away the false self and force the true version of ourselves to emerge. It’s then that we have more to offer loved ones, neighbors, and the world. It’s then that our purpose can be more fulfilled. We can start by loving ourselves enough to take the risks involved in pursuing our loves and dreams. We can let everything we do be done in the name of love. That’s my vision for my life and I hope people can receive that message through my music.