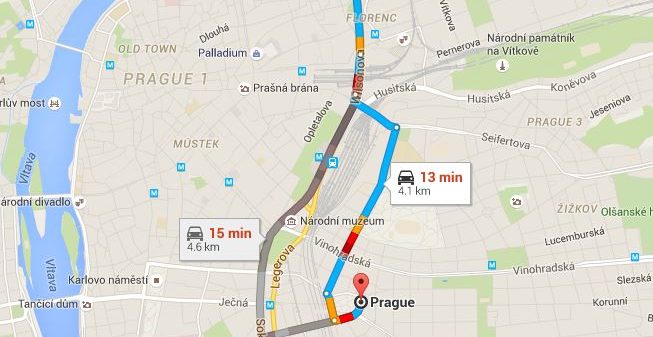 1- Hello, Marketa can you please tell us a bit about yourself?
I will be brief.Legally blonde who has a brain of Marie Curie-Sklodowska. I was raised to use my brain rather than look department and work than chase rich men. More in my CV. 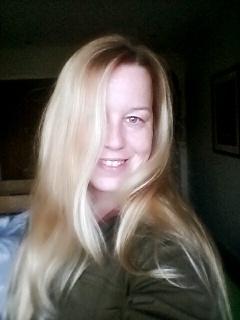 2- What are your focus areas and why?
My main focus is recently a development for Taxiwooz and human resources with customer service.

3- How do you describe “Taxiwooz” in few words?
Ride-sharing app and platform. Community for your travels.

4- Where do you think you are making an impact?
Breaking ice as a human being, putting people on easy, at a personal level, and promoting coding as a norm for the girls and children from poorer areas, the same applies on education and an apprenticeship as the best way to lead a good life.

5- What are some things that most people don’t know about your job?
It is not an easy to ride to build a tech company from the scratch but I scratch my head every morning when I wake up I can run it. As my name is Marketa aka Margaret I like to have fun and Driver of Miss Daisy via our platform and an app. Ride of my life!

6- Where do you see yourself in the next 5 years?
Stuck somewhere in the countryside with 2-3 kids (perhaps wedding soon, my cousin increases a workload as well) and easy access to all tech and urban possibilities by self-driven car or being picked up by ride share vehicle from the community. And my business on autopilot with my supervision for a couple of days per week.

7- What were some of the biggest challenges you encountered while working on “Taxiwooz”?
I think it was the phase where I needed to hire good and responsible drivers for our business and change their mind it is worthy. There was also small hiccup with certain ITs to work for me as a woman, but it is good, we have good ones.

8- What can you tell to young entrepreneurs?
There are many tips how to start a business. I’d add all dreams start with the first step. Do things you like and you know about. Keep fingers on the tabs, do not overspend and keep with reality and keep going. Prepare for not easy journey, quick money but a lot of joy and excitement. 1 in 6 UK young people are involved in the business but you can start in any age. Just do it! Better than be a keyboard warrior sending hate.

9- What are you most excited about at the moment?
All. I like that buzzing and even failures as we test. It is growing and pretty exciting.

10- The last word or final thoughts?
Fingers crossed. We hope for the best. And having fun.

—
To know more about Marketa and her business, visit:
– Her personal website,
– The business website,
– Or read her CV:

is the former profi athlete and history buff who won Young Historian Olympics. Half British and half Czech, half  bookworm and half keen sporty girl explorer, she mixes her busy workload with recharging batteries in the coffee shops:] Coming from family of parents who studied engineering and chemistry, Marketa as a child had penchant for artistic endeavours such as fashion design and drawing, writing alongside sport activities but she followed the dream of the parents who asked her to attend an university as they were banned from higher education for ,unsuitable pedigree’ by former communist regime. She attended a scientistic branch of local college before she embarked on the university journey. Meanwhile, forced to finish her profi athletic career, she remained healthy sporty drive and became Czech and British youngest female sport journalist (Brnensky vecernik) and the first woman in the world who covered sport game and ice hockey online.

She studied Masaryk University in Brno, Master Degree History and Psychology continued with University of Tomas Bata in Zlin with Marketing Studies and Economics and transfer to University of Economics, Faculty of Marketing and Management in Prague. She gained her Master Degree in Economics at LSE in London and tried to improve her education and skills with never ending learning about new things in the business,that’s why she participated in distant course by Wharton University of Economics about accounting and financial maths, stocks management and finances. Always learner, always explorer, she learnt how to design on the web and simple htlm during her university time when she popped to IT student friends who have good internet connection for sending her sport articles.

Shortly after ending her first university she was forced to look after her ailing father’s company in similar way like her great aunt ages ago. As they had shares the the business that sponsored ice hockey club, Marketa’s world of ballerinas and artistic approach changed into brutal reality and tought her one lesson or two.  From soccer chess to quick rotation of ice hockey formations to new advice Fight your corner as much as you can. It helped enough to think about starting and running business in always challenging times. She cherished after relocation to UK, national  and TA service in British armed forces under conduct of late Gerald Grosvenor and with no more clipped wings she started to develop her personal as well as business dreams and ideas. Starting from music single release, short sting at theatre stage to setting up new businesses. She is the only woman in technology in USA and Silicon Valley who is in the command of her own company (gaming and IT development)as well as sitting on high executive position. Lacking just driving license, she spotted a niche and developed other ideas how to sort her problem to get from A to B or to C as maths has often more solutions. It is the way how Taxiwooz was born and they plan to produce their own electro mopeds and cars as urban taxis for ride sharing. She is so popular with certain trolls that she has fake profile set up on Medium in similar mode like tycoon Elon Musk.

She was always avid and hands on supporter of charities, helping to kids with special needs for Kontakt bB in swimming, trying to promote an idea of volunteering alongside the brother of NHL Roman Hamrlik (instead of donating money) to attending many events, races, donating money, sharing her skills, tutoring to beings hands on in charity HFT with people with special needs, often 16 hours shifts during her spare weekends!!. She sponsored and produced US web education series for the children with black friend in 2016. She gave free history talk about her WW2documentary with proceeds going to US poor children for their education, running ideas Give them skills how catch the fish rather than give them fish. She hates  women who lunches and any fake charity posers and humanitarians who do anything else than asking for money and attending expensive charity galas as reason to dress up and stay in the spotlight.  Her total charity work neck to neck to her busy business schedule was around 112 charity engagements. Attached, plans children, British – Czech, speaks English, Czech fluently, good command of German, ok command of Latin, Italian and Russian and some coding languages.