Interview with Stew Houston, Web Developer and Founder at LotusMeal 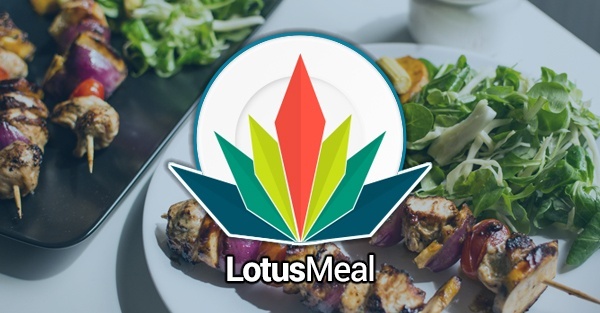 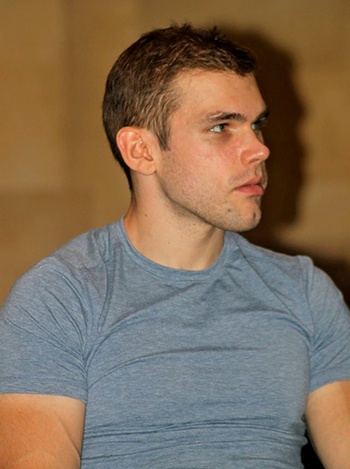 1- Hello Stew, can you tell us a bit about yourself
I’m a web developer by trade but have also been actively involved in the food and nutrition community for a number of years. Growing up overweight, my original interest in food spawned from the desire to slim down and tune up. Ten years later, my interest in food has grown from the purely functional to an all-encompassing enthusiasm for how food is produced, how it’s distributed, and how it’s consumed.
In the past few years I’ve been lucky enough to have had the opportunity to couple these interests with my skills as a web professional, having spent three years as a lead developer at the thriving nutrition research company, Precision Nutrition, and now as the founder of my own company, LotusMeal.

2- How would you describe LotusMeal in under 60 words?
LotusMeal is a platform that enables trained and experienced cooks to sell meals to local customers through the web. Think of it is a hybrid between takeout and catering. The primary goal is to empower cooking professionals, giving them the opportunity to earn an income without having to work long hours in a stressful environment — the dreaded restaurant kitchen!

3- How did you first get the idea to start LotusMeal?
While working as a developer Precision Nutrition, I had the opportunity to meet a number of professionals in the industry, from food scientists to food photographers to certified chefs. It was an awesome community and I was lucky enough to meet a number of successful business owners who gave me an inside look at their operations.
One such business owner ran a well-established meal delivery service in the city. I spent several months helping him build a system to manage his clients’ food preferences as well as delivery logistics. As I was still working full-time, I wasn’t able to do any of the programming myself, but the experience stuck with me.
The idea for LotusMeal grew slowly but really became tangible for me after a long conversation with a friend who has worked as a line cook for the past five years at a well-known restaurant in the city. He was airing his grievances about the trials of kitchen life and how he felt stuck working a job that was both exhausting and which offered few long-term prospects.
LotusMeal was born out of the desire to help that friend, along with the thousands of other cooking professionals who are looking for an alternative to the grind of being part of a conventional cooking staff.

4- LotusMeal is the platform to turn each cook into an entrepreneur, how easy this can be done?
It’s far from easy, but it’s a challenge that I’ve dedicated myself to, and the feedback thus far has been exceedingly positive. We’ve completed surveys with both potential users (cooks, chefs, and general kitchen professionals), as well as the business community, and both have shown signs of promise.
That isn’t to say the company isn’t without it’s challenges. There are a number of precautions that need to be taken when working with food, so we’re making sure all of our practices conform to provincial and state bylaws. This will likely require cooks using our platform to acquire a food handling certificate before they can design their menu and begin selling.
Otherwise, our goals are well-defined and reasonable.

5- What are your focus areas and Why?
Our target users are trained and experienced cooks. This can range from a young chef who’s recently graduated from culinary school to an underemployed cook who’s been stuck working at the Olive Garden for five years. Our cooks are the life-blood of the business and drive all activity on the platform, so it’s important that we show them as much attention as possible.
Our cooks will in turn have customers of their own. What type of food they decide to cook, and how they decide to present their business is up to them. Cooks that are new to the platform usually find the most success servicing friends and neighbors at first, then slowly branch out to a wider audience. Orders are inherently local, as orders need to be transported from the cook’s kitchen to the customer.

6- Where do you think LotusMeal is going to make an impact?
We are by definition a “disruptive” business, but for the first few years our goals from a macro perspective are modest. We want to give cooking professionals a new avenue to earn a living independent from conventional employment. As for the end consumer, we want to create a marketplace for specialized, community-driven food.

7- Bring a new concept to the market is very hard, how do you see your company in the next few years?
We are lucky enough to have been accepted into a government-sponsored incubator here in Toronto. As such we have access to some amazing mentors, as well as seed capital. We aim to be profitable by the end of 2016.

8- What tips would you give to anybody who is looking to get started in the entrepreneurship world and especially the cooks at their beginning?
I think it’s important for young entrepreneurs to get a sense of the business world before trying to start anything too ambitious. I had attempted to launch my first company in my late teens but lacked the perspective and life experience to see it through to fruition. Having worked in the industry now for nearly 8 years, I’m just putting all the pieces together in a way that makes sense.
As for our enterprising cooks, I think the same advice applies. Experience is a prerequisite, then tenacity is necessary to get afloat.

9- What are your upcoming projects?
LotusMeal is my primary project, but I’m also helping several local meal delivery services implement new features into their platforms, namely mobile applications. I’ve also started taking professional cooking courses so I can better understand our business from the perspective of our cooks.

10- A last Word?
We will be launching our early access program in December, so if you’re interested in trying out the platform you can sign up at www.lotusmeal.com.