Putting the New TLDs Into Perspective 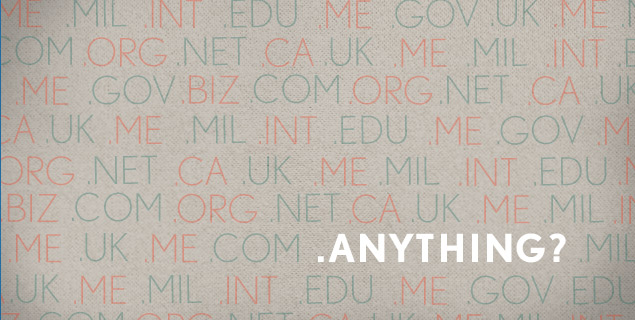 This is an exciting time for our beloved domain industry. Last year ICANN received over 1900 applications for potential new top-level domain (TLD) extensions, some of which have already passed the evaluation and auction stages and are on their way to becoming publicly available. Many have wondered if this is the end of .COM’s reign as king of the Internet, but I’m not convinced it is and here’s why: most people outside the domain industry are not even aware of the new TLD launches.

Although our industry is abuzz with news on the new TLDs, most outside of the industry aren’t even aware that these new TLDs exist. In fact, a survey  by FairWinds Partners found that a full 74% of Internet users don’t know about the new TLDs at all. The study was done in December 2012, but I’m not sure much has changed since then. Large companies may be aware of the impending new TLDs, mainly because it will be causing them a headache when it comes to protecting their trademarks, but if you ask your (non-domain industry) friends, I’ll bet most of them don’t know anything about them.

The fact that everyday Internet users don’t know anything about these new TLDs is a huge problem. It’s also the main reason that .COM has remained king even as other TLDs have been released in the past such as .BIZ and .INFO. Both of these TLDs were released in 2001 to take the pressure off of the .COM domain. Since then .BIZ has seen over 2 million registrations and .INFO has seen almost 7 million, which sounds respectable until you remember that the number of .COM registrations is about to reach 110 million.

That being said, there are some new TLDs that make a lot of sense as the Internet grows worldwide. The proposed international TLDs for non-Latin based languages including Arabic, Chinese, and more will allow more users to access the Internet completely in their own language. Although international domain names (IDNs) have been available for years on TLDs such as .COM and .NET, there are only a few domain extensions that don’t use the Latin alphabet. With these new international TLDs there will be more options in more languages, which is a good thing since only about 10% of the world’s population are native English speakers and English is the language the Internet was originally built on.

In addition to the international TLDs, there are other new TLDs that make some sense. One of the obstacles businesses face to getting online is the lack of good domain names that work for their already established business name. The addition of industry-specific TLDs such as .LAW, .HOTEL, .RADIO, and more are a good idea in theory. Then again, they remind me of .BIZ and we already saw how little pressure that took off of .COM. In order to be successful, these new TLDs are going to have to do some serious marketing, and I don’t necessarily mean marketing to potential domain buyers. I mean marketing to the public in general because these new TLDs will never catch on if potential buyers think their customers will end up visiting the .COM version of their site first (and in some cases never reach their actual site at all).

Ultimately, I think that at least some of these new TLDs will survive and go on to rival current TLDs like .BIZ. With that said, I have to agree with domainer Morgan Linton, who recently wrote an article saying that some of the hottest new TLDs aren’t actually new. Included on his list of hot “new” TLDs are .ME, .CO, and .TV, all of which have already been around for years. The reason these TLDs have been successful has a lot to do with the marketing teams behind them. .ME and .CO have established themselves in the startup market and .TV has focused on becoming the home of online video. It will be interesting to see what the teams behind these new TLDs will do to get their TLD noticed. That, I think, will be the key to which new TLDs sink or swim.

Robyn Norgan is on the marketing team at Dynadot LLC, a domain registrar and web host. She is a regular contributor to Dynadot’s blog. Her views are entirely her own and may or may not reflect the views of Dynadot. Right now, Dynadot is planning to wait and see what happens as the new TLDs are released – although the entire team is looking forward to the release of the .NINJA domain. Hiya!