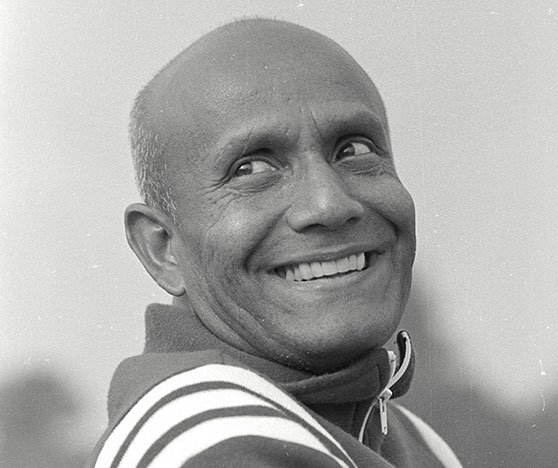 When we meditate, we summon the inner strength of our spiritual selves and align it with the physical, hence, pushing us towards greater heights spiritually and physically. Indeed, we need to balance the spiritual with the physical to be able to achieve greatness, especially in the goals that we have set for ourselves.

When two great individuals meet to hold profound meditations together, you can imagine all the greatness available in one room. That was the case when boxing legend, Mohammad Ali, met and held deep meditation with renowned spiritual teacher, Sri Chinmoy.

As expected, this meeting birthed wisdom and indeed greatness. Sri Chinmoy was famous for learning and knowing how to combine sports with meditation, spiritual discipline and physical well-being. Sri Chinmoy’s belief in the power of a balanced lifestyle to foster harmony and inner peace aligned with Mohammad Ali’s popular belief in God and the spiritual.

The first meeting of these two great legends happened on September 29th, 1977 in Manhattan on the morning of Ali’s championship fight with Earnie Shavers. On that day, Chinmoy presented Ali with a trophy.

Sri Chinmoy, artistically inclined, would later sing the song he wrote and dedicated to Mohammed Ali.  The song referred to Ali as the greatest of the greatest. Ali was quick to point out that he was not; his humility has always been one of his standout attributes. Ali, although happy with the song and sincerely grateful that Sri Chinmoy, a man of great wisdom was able to write him such great lyrics, pointed out that only Allah is greater than the greatest and not him.

Both legends would eventually go into a moment of intense meditation. Afterward, Mohammed Ali would admit that his goal was to be like Sri Chinmoy one day – to be peaceful when he gets out of the sport, working for God and humanity.

After their meeting was covered in the New York Times Sri Chinmoy commented:

“Many times I have been misunderstood when I see famous people. Some people think that I am going out of my spiritual domain, that I am entering into another world for name and fame. But those who have faith in me do not misunderstand me. Here I wish to say that each individual, no matter in which field he shines, has received some light from above. Since I am a seeker of the Absolute, the Supreme, out of his infinite Bounty has also given me some light. This light I want to share with others who have received light from above and who are sharing it with the rest of the world in different fields and in different ways. We are all God’s children. One son of His has achieved something. The other one comes to soulfully congratulate him and, while congratulating him, he brings with him his appreciation, admiration, good will, love and oneness. This is the exchange of our light.”

Many years after, on June 12, 2003, Sri Chinmoy honored Mohammed Ali for recognizing and uplifting humanity in the best way possible: he lifted Ali on a platform over his head. At that moment it was a tale of two fulfilled men, who found the drive to do what is right for themselves and humanity as a whole.