TOP 5 cryptocurrencies that will revolutionize the financial market 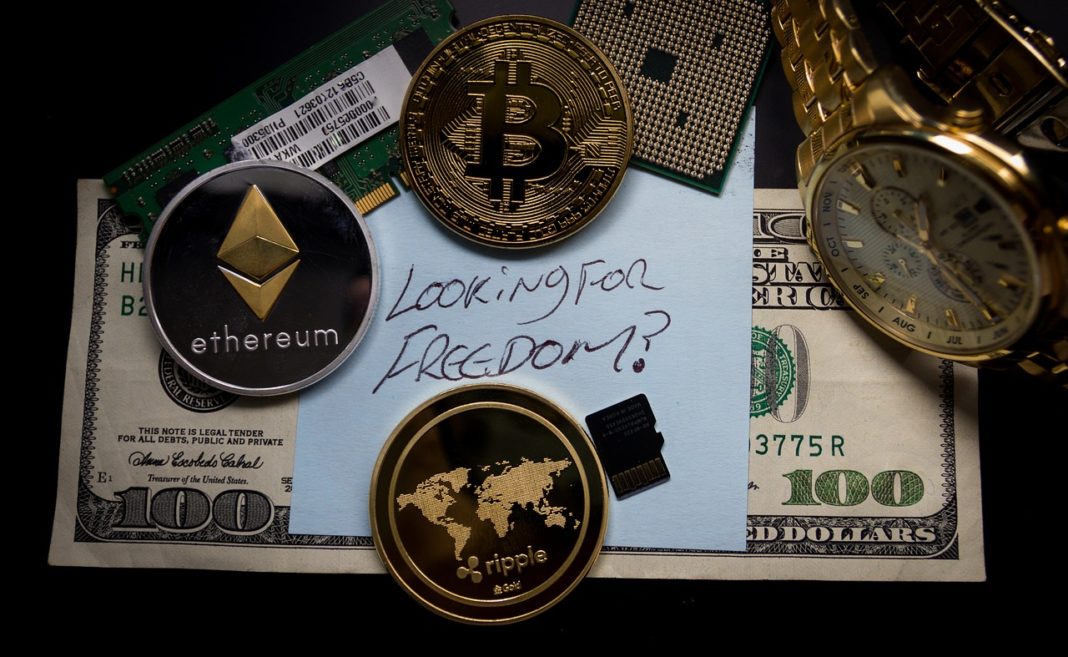 CRYPTOCURRENCIES are the trending topic these days’ thanks in no small part to Bitcoin’s bullish performance in 2017 and recent mainstream developments. Here is the TOP 5 list of most promising cryptocurrencies set to revolutionize the financial market according to a research conducted by Zeeshan N. Ahmed, renowned Pakistani entrepreneur and a founder of Go Mobishop:

1) Dash
Dash (digital cash) is an open source peer-to-peer cryptocurrency that aims to be the most user-friendly and most on-chain-scalable cryptocurrency in the world allowing users to make instant, private payments online or in-store using its secure open-source platform hosted by thousands of users around the world. With a supportive governance model and a large community of enthusiasts, it is set to become one of the most valuable cryptocurrencies in the world with a clear potential of reaching $5,000 by the end of 2018. Nebojša Jović, Chapter Director at Startup Grind in Belgrade, stated that „Dash is the future of digital money. With recent partnerships and expansion of its core team with world-class professionals, it is set to change the financial system in its core.“

2) Bitcoin
Bitcoin is a cryptocurrency and worldwide payment system that does not require an introduction. It is the first decentralized digital currency created by Satoshi Nakamoto with the system that works without a central repository or a single administrator. With a current market value of around $9,000, Bitcoin is set to change the world, grow and lead us towards a decentralized future.

3) Ethereum
Ethereum is an open-source, public, blockchain-based distributed computing platform featuring smart contract functionality created by Vitalik Buterin. As a foundation for most altcoins and innovative startup projects in the blockchain industry, there is no doubt that Ethereum is a key market player and a Bitcoin equal in its own respective category. While the Bitcoin blockchain is used to track ownership of digital currency (bitcoins), the Ethereum blockchain focuses on running the programming code of any decentralized application.

4) Zcash
Zcash was founded by Zooko Wilcox-O’Hearn in October 2016 in an effort to address an open financial system with the privacy feature that internet users wanted. It is a cryptocurrency aimed at using cryptography to provide enhanced privacy for its users compared to other cryptocurrencies such as Bitcoin. What distinguishes Zcash from most of the other cryptocurrencies is its ability to allow private transactions (and private data) in its public blockchain.

5) Ripple
Ripple is the name of a payment network and the payment protocol which powers it. It was developed and released in 2012 by a company of the same name, in order to enable “secure, instant and nearly free global financial transactions”. It is built on principles similar to those of Bitcoin, so many people consider it a cryptocurrency. Many banks across the world use it as the basis for their own settlement infrastructure, and its native currency XRP (ripples) has been consistently present in the top 5 cryptocurrencies by market capitalization for the past several years.

There is a pile of promising cryptocurrencies on the market like NEO, IOTA, EOS, Cardano etc., blockchain infrastructures that could make a noteworthy progress in 2018, but only the most promising technologies will prosper in the years to come. Regulations are necessary and international laws need to be clearly defined, but there is no doubt that blockchain technology will change the financial system and allow everyone to make fast, private and affordable transactions, a development that will revolutionize and establish efficient payment systems for the millennial generation.

NOTE: This is not a financial advice, investment recommendation or a paid promotion, but a list of promising cryptocurrencies already making major developments in the market.