Black Lives Matter and Business Marketing: How to Take a Stand Without Taking Advantage 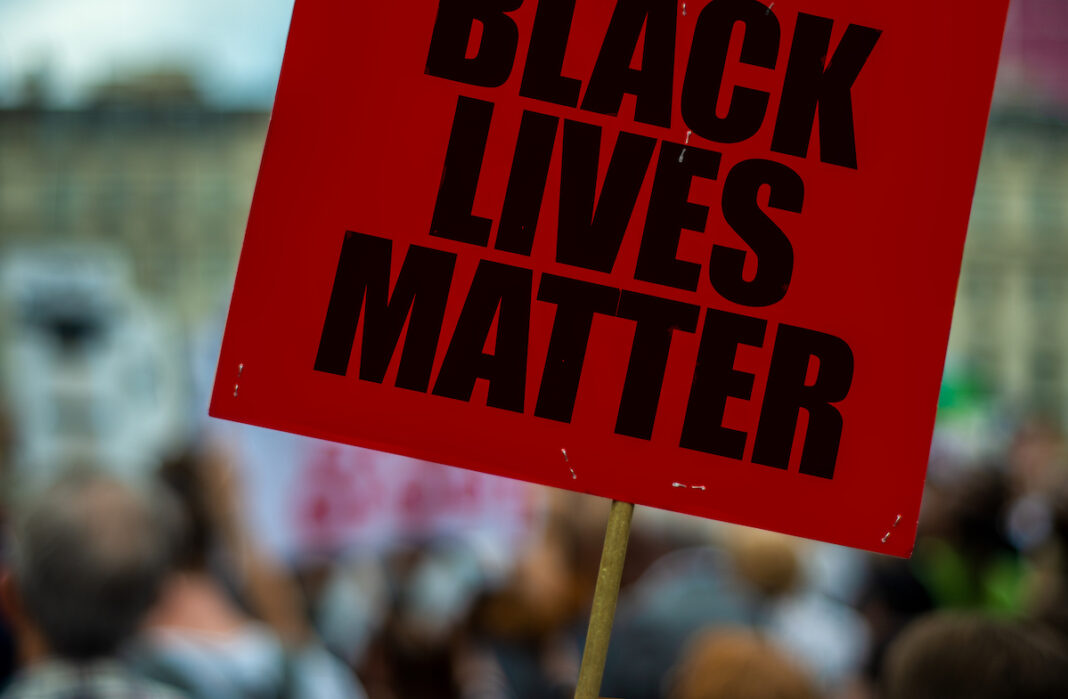 Although physical signs attract half of all new customers for the typical startup business, window displays and sidewalk easels aren’t the only means of promoting your business. In fact, most organizations can’t rely solely on traditional forms of marketing to survive in the digital age. Rather, internet-based marketing strategies are used to either replace or supplement conventional tactics.

Considering that 60% of millennials say that better technology will make the need for face-to-face conversations obsolete, it’s no wonder that marketers are doing everything they can to appeal to consumers where they already are: online. And due to the challenging period in which we all find ourselves, it’s never been more important to connect with customers in an authentic way through social media, business blogs, and email blasts.

But in addition to coronavirus-related concerns, there’s another issue that consumers believe needs to be addressed. As a result of ongoing deaths of Black Americans at the hands of law enforcement and subsequent Black Lives Matter protests across the country, customers have shown they care considerably about social and racial inequities. According to a recent survey conducted by Opinium, 71% of U.S. adults say that brands have an obligation to respond to the issues of racial injustice and police brutality. And while not all consumers want the same response from brands, it’s important to note that they do expect organizations to do more than stay silent.

This is unfamiliar territory for brands that are accustomed to staying politically neutral — a concept that was once expected of businesses but is now considered by some to be unethical. But the Black Lives Matter movement is about human rights, rather than political leanings, and customers seem more than willing to take brands to task when they fail to make a statement (or strike the right tone with the one they do make). While some have been called out for their silence or their lack of action, others have been exposed for statements that seemingly contradict internal practices.

It’s not an easy issue to navigate for many businesses, particularly those who are removed from the issues at hand. Some brands have responded by doing the bare minimum or giving lip service in an effort to retain their customers. But it’s essential for organizations to do the right thing without expecting a pat on the back. So how can you take a stand and express the beliefs of your business in a way that’s genuine and non-manipulative?

Put Your Money Where Your Mouth Is

Consumers can smell performative statements from a mile away (and even though their screens). If you posted a black screen, a vague statement that mentioned your business was listening, or a caption about “standing with the Black community,” know that this is not nearly enough. Brands don’t get gold stars for doing the right thing — and they certainly don’t earn bonus points for doing less than what’s expected of them.

Unless your words are backed up by action, consumers will feel those words are meaningless. One of the best things you can do is to make a sizeable donation to an organization that supports racial justice or the Black community as a whole. Many brands have decided to run sales that will give all proceeds or profits to Black Lives Matter or another organization. Keep in mind that this is not only an example of virtue signalling, but it’s actually a concept that benefits the business as a whole. Since those donations are tax-deductible and these kinds of sales provide businesses with a way to move older stock, brands that utilize this tactic are technically exploiting important causes for their own gain. It’s far better to make a no-strings-attached donation to a cause (or several) that your business wants to support and make a public statement about it than to capitalize on consumers who may not realize the implications of a donation-based promotion.

In addition to supporting the Black community-at-large, you’ll also need to conduct internal audits to ensure that Black employees are well-represented (particularly in leadership roles) and are fairly compensated for their work. According to a 2019 report, only 0.8% of CEOs and 3.2% of senior executives across Fortune 500 companies are Black. What’s more, Black employees are far more likely to face racial prejudice and microaggressions in the workplace than employees of other races. Not only will you need to diversify your hiring processes, but you’ll also need to ensure your employees are being given the support they need and that diversity training is being prioritized.

You’ll want to look beyond your internal employees, as well. Are you supporting Black voices and faces on social media? Are you bringing in Black speakers for conferences and workshops? Are you working with BIPOC (that’s Black, Indigenous, and People of Color) influencers on marketing campaigns? And are you compensating those speakers and influencers at the same rate as white speakers and influencers? If not, you need to make some serious changes within your organization to ensure you’re really walking the walk.

Ensure Value Alignment Across the Board

Early on, brands like Dolls Kill, Anthropologie, and ban.do were unmasked for hypocritical statements made on public accounts that stood in contrast to sentiments expressed by company founders and employees. In the case of Dolls Kill, the alternative apparel company’s co-founder and COO Shoddy Lynn posted a photo on her personal social media accounts that expressed support for police officers wearing riot gear in front of the Dolls Kill Store. Although the U.S. police force is expected to increase by an estimated 41,400 people from 2012 to 2022, many internet users took issue with Lynn’s apparent support of law enforcement over victims of police brutality and violence — especially after the brand issued a hollow apology on social media for staying silent.

Even mainstream brands like Starbucks have found themselves in hot water for forbidding their employees from wearing Black Lives Matter merchandise at work. Although the intention was to keep workers safe from potentially violent incidents, consumers subsequently saw Starbucks’ public proclamation of support for the movement as deceptive. Starbucks was forced to reverse the decision subsequent to public outcry, choosing to introduce its own Black Lives Matter merchandise instead — though that in itself could be seen as a marketing gimmick that could increase the company’s own profit.

The bottom line is that if you’ve made public statements, actions within your organization need to back up those sentiments. Don’t assume that the public won’t find out about racist ideation or policies within your organization. In fact, you should assume that everything about your business practices will be exposed. With social media, it’s never been easier to spread information — so make sure that your public statements align with your company’s private behaviour. After all, 20% of Americans say they’ll stop buying from a brand perceived to have behaved hypocritically on the issues of police brutality and racial injustice.

Certainly, this is a lot of work to take on. But it’s absolutely necessary — not only for your business’s survival, but for the survival of Black people in America. If you want to truly make a difference, you’ll need to put people ahead of profit in order to strike the right tone with your branding and marketing.