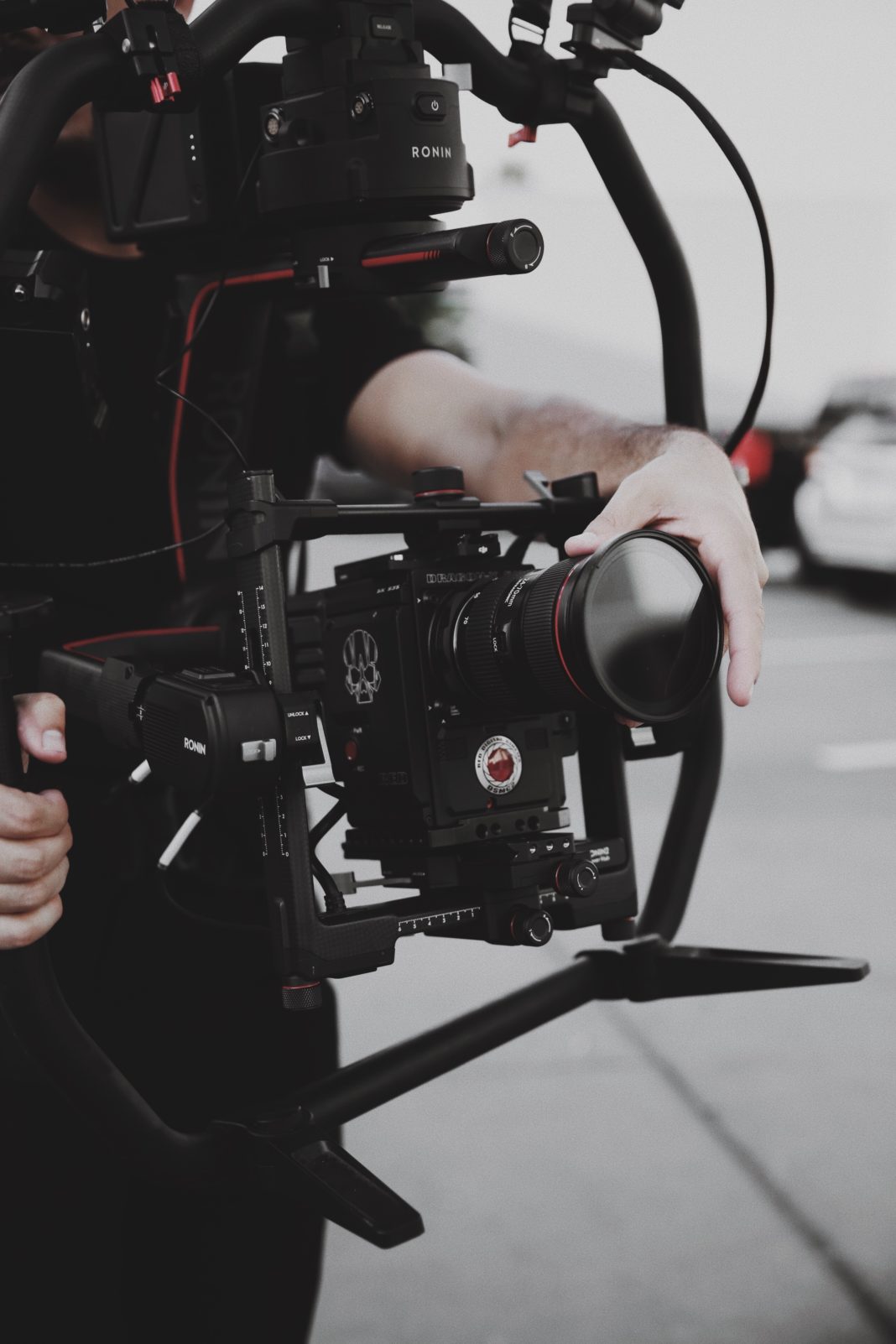 Exploring the meaning of cinematic through the lens of camera…

As per the Cambridge dictionary, cinematography means the art and methods of film photography. It clearly focuses on art first, and methods next. Thus, the first aspect of cinematography is actually the vision. Cinema is created even before the first shot is taken, in the conceptual stages of the same. But we must understand why the majority of the world is focused only on the technique part of the cinematography, or if it is even cinematography.

There’s another term – videography. A videographer is someone who captures video footage of the action. There’s only a process of recording involved. There’s no technique or method to it, much less the art. The videographer doesn’t talk about storytelling. His only job is to provide the footage. Some of the respectable areas where videography is difficult are in the fields of journalism, especially during the riots, protests, and wars.

However, we are discussing cinematography. What is the cinematography, then? It is the, in simpler terms, visual storytelling. As the cameras kept getting better, the technique of cinema kept improving, with various new tools added to the cinematographer’s repertoire. There are newer, considerably easier ways to photograph cinema than ever before.

Yet, it is in those earliest times that we must go to find the meaning of cinematography. When it was difficult to get each shot, cinematographers put extreme efforts to light a scene and shoot it, they were in control of how they wanted the scene to be, because there was no scope of error. As soon as the person in charge of photographing the film takes a leap from videography to cinematography, the thought process completely transforms.

Some of the finest works of cinematography that inspire us to learn about creative storytelling are:

Two parts complete cinematography – emotions, and movements. Either emotion drive the movements, or the movements evoke the emotions – either way, they are interlinked. A cinematographer may use the camera to drive the viewers to see in a particular way – like in Psycho, the Exorcist, etc. Alternatively, the cinematographer may use emotions to drive the camera movement, and thus be a mute character of the script. Call Me By Your Name, or the Revolutionary Road are some of the examples of films shot in this way.

Some of the cinematic techniques to get you thinking about the art itself are:

The Birds Eye’s View – The Top Angle Shot, and More

Commonly used as the establishing shot for a location, the bird eye’s view is a cinematic way of setting up the film’s locations. It becomes even more important when the locations are changing. It provides an overhead view of the area or the location. But there is more to the birds-eye view than the establishment of location. It can also establish emotions, especially with the way of movements.

Present-day equipment, especially the lower cost drone cameras, allow movement shots with ease, and one could easily move the camera in or out, often leading into the scenes, or moving from one scene to another. This ability helps establish multiple scenes, situations, and also helps set pace. In suspense genre, for example, it is said that cinematography is about revealing only the right amount – nothing less or more. Drones allow for that, and more.

Linus Sandgren, the Oscar-nominated cinematographer, used the technique in the opening song, and multiple other scenes of the film La La Land, to creatively establish continuity as well as to pace the camera as per the music.

The Perspective Shot – Showcasing Action through a ViewPoint

Perspective shots are different from the narrative shots as they have a sense of point of view. Shots like over-the-shoulder, or a chase sequence with the front car being shown through the glass of the back one, are some of the examples of these perspective shots. What these shots do is they keep you grounded in the story. When done well, they make you submerged into the story, and engaged in the cinema.

Consider the best horror films or the best chase sequences, and there’s a point-of-view or perspective that helps the scenes outdo their original narrative aspect. There’s a voyeuristic feel, especially to horror films. Then there are thrillers which do the same thing by engaging us in cinema using a perspective. Consider American Psycho and the chainsaw scene as an example, and you would see how adding a perspective made both the characters appear at the same time, yet the suspense was maintained.

While emotions and movement form a principle part of cinematography, a no-movement shot done with purpose won’t relegate it to videography only because of the lack of movement. Some of the best shots have little or no movement. It is done to focus entirely on emotions, and often relies on the performance of the actor on-screen.

Lawrence Sher in the recent worldwide phenomenon Joker had many shots which were essentially still. Through the sheer performance and direction collaboration, the camera acted as a way to accentuate those emotions. Yet, when needed, the movements were beautiful and poetic. Close-ups of the Joker were especially haunting at times, often due to the lack of movement of the camera.

Extreme long shots and long shots, and the transitions between the two via the slow movements or push-ins, are used to establish the action in terms of the location. Usually, very slow or no movements are used, until the camera moves to medium shots or close-ups, when the subject has been established with respect to the surroundings. However, a quick push-in could be used from a long shot to medium shot, especially in terms of a surprise, to imitate our own movements when coupled with elements of surprise.

The usual movements are from extreme long shot to long shot to medium shot and close-up. However, if you reverse the cycle, you can use it as a tool to engage the audience for a larger duration, while also invoking a sense of suspense. Some of the sequences where the subject is to be shown in the places where we don’t want the revelation to come soon employ this reverse technique. This isn’t as per the usual techniques, but as per the storytelling aspect. Master cinematographers follow the story, not the rules, and hence rules keep getting redefined.

Close-ups are a way of showcasing emotions. They are cinematic, they are beautiful, and they let us into the worlds of the subjects. Yet, extreme close-ups may make the viewers uncomfortable. They aren’t used as much because of the same reason. Yet, when used, and when coupled with powerful performances, they can give the scene a breath of life, something that a close-up would have just narrated.

There is a scene in Indian film Blackmail which has one of the protagonist’s one eye visible, peeping into the room witnessing his cheating wife for the first time. The eye belongs to Irrfan Khan (Slumdog Millionaire, Life of Pi, Jurassic World fame), who showcases what goes on through a single eye. With web-series and OTT content being more in circulation, especially with Netflix, Youtube, Prime Video, among others, gaining prominence, the extreme close-ups will be used more often as they are extremely beautiful cinematic tools to connect emotions directly, especially on smaller screens.

Content is the king, the most oft-repeated cliche that rules even the cinematography.

in the truest senses, whatever the writer manages to do and the actors perform in the supervision of director – it is the job of the cinematographer to make the viewers see the end product. Therefore, it becomes an extremely important, and easily powerful position in film hierarchy. While the filming equipment has improved over the years, VFX has replaced SFX, yet the process hasn’t changed much. Whether it was Alice in Wonderland in 1951 or in 2010 – 59 years apart, the end result had cinematography techniques used to create the same aura of magic and enchantment, and yet drive the story through the journey of Alice using the camera as a tool.

Cinematographers are involved after the scripting stage, when a screenplay is being written. Lookbooks are created, mood boards are created, and lights are worked upon. Lighting is one aspect where much of the work of a cinematographer goes. Lighting is location dependent as well as scene dependent. Whether there is natural light available to be used, or it needs to be artificially created is another decision. The same location, which used at different periods in films, can have different light. It showcases the time of the day or season, and yet can be used to drive the emotions forward.

There is also the color palette of the film that is decided with an art director, director, and cinematographer in partnership. The cinematographer is often called the director of photography, and is second-in-charge on the set, right after director. It is important for the director and cinematographer to work in conjunction to create cinematic experiences that are truly engaging. Some of the best cinema has some of the best cinematography, and it continues to be the case even today, especially with superhero films providing the huge canvases for cinematographers, while the indie films helping them peep through the daily lives. In both cases, it is the story that drives cinema, and a camera is a character that adds another dimension to the same.