What Tomorrow’s Entrepreneurs Can Learn From Bill Gates 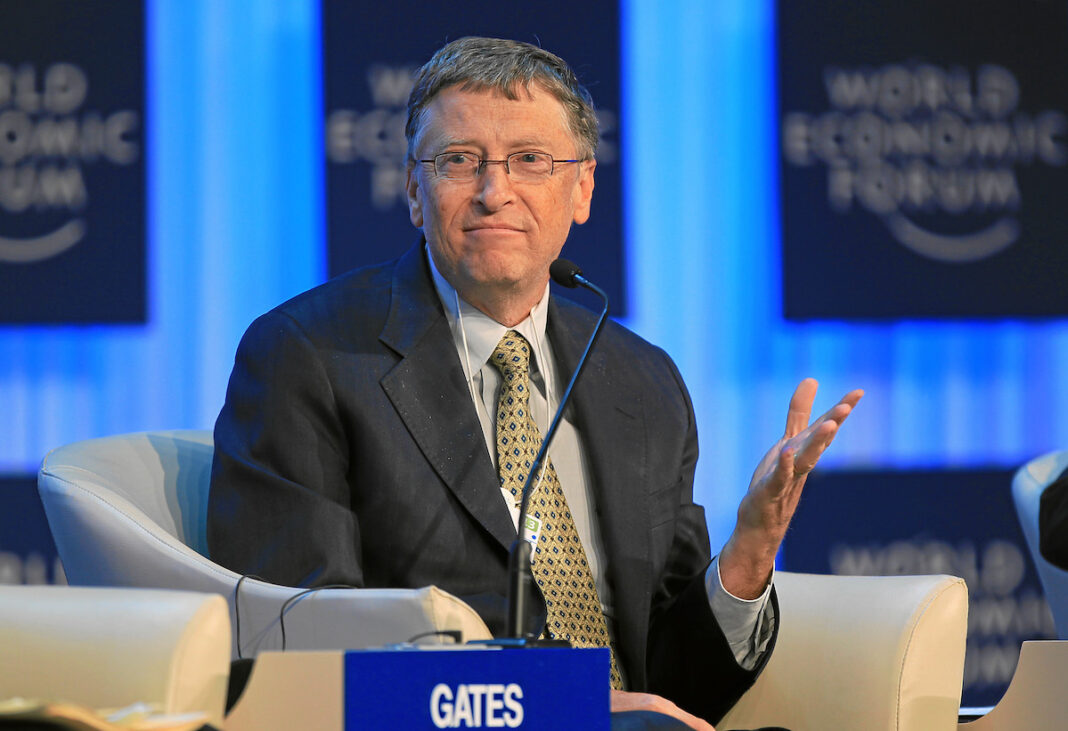 When you are a kid, life seems to be easy. But when you grow up, you have many career paths to choose from. Some of us choose an honourable profession like an engineer, a doctor, or a lawyer. Some others choose to overtake their father’s business. But only a very few of us dream of becoming an entrepreneur. If you are one of those few people who dream of becoming an entrepreneur, there are a few lessons you can learn from Bill Gates. Do you want to read the full biography of Bill Gates and other inspirational people? Then visit this website now.

Bill Gates was born in an era where computers were big mainframe machines with vacuum machines and cooling machines that occupied the whole room. Microcomputers (today, we call them personal computers) cost a million dollars at that time. He did not have enough money to access a personal computer. Yet, he did everything he could to access them, learn programming languages, and become a pioneer in that field. Eventually, he and his friend established Microsoft, which became the leading software maker in the world. As a result, Bill Gates became the richest person in the world when he was just 39 years old. Until now, he has held the title for 19 years. Even though his achievements are known to us today, his road to success was not so smooth. There are many life lessons that aspiring entrepreneurs can learn from him.

1. He kept improving himself constantly

When his school couldn’t afford to pay for the time slots anymore, he and his friends started paying for the time slots in the local company. But they found out that there were bugs in the time-slot calculation system and abused it to get extra time slots. When the company found it out, they offered to correct the system. Instead, they asked to use the company’s personal computers for free. While doing so, Bill Gates learned the programming languages that were used to code the company’s applications.

2. He was ready to take risks

Bill Gates was ready to take risks, the sort of ones others would be scared of taking.

Until the 1960s, computer operators coded instructions into a punch card and inserted them into mainframe computers. Since each instruction was different, a new piece of software was written for every new application. But this was a tedious process, and hence, only mathematicians and scientists knew how to do it. But, BASIC, Beginners’ All-purpose Symbolic Instruction Code (something like C), made programming easier. So, computer enthusiasts from all fields started programming. But BASIC was only available for mainframe computers.

In 1975, Bill Gates and his friend called MITS, a company that made personal computers at that time. They told them that they had written a version of BASIC for personal computers. But in reality, they hadn’t written any code. They just wanted to see if writing software could be a lucrative business. Bill Gates was in Harvard at that time. When the company told that they wanted to see the software, Bill Gates and his friend started working day and night in the computer lab at Harvard to create the software. After several weeks of sleepless nights and missed meals, they had a primitive version of BASIC. But they did not know if it would work. Yet, they took it to the company and demonstrated it. When the software worked, and the company paid them $3000, Bill Gates quit Harvard and established Microsoft (Microcomputer – Software). It eventually proved to be the right decision, but at that time, it was a very big risk. Yet, Bill Gates took it.

Bill Gates scored 1590 out of 1600 in his SATs. So, there is no doubt that he was innovative and intelligent. But what really set him apart from others was that he was an opportunist and was also quick at finding solutions.

Microsoft was founded in 1975. By the late 1970s, it became one of the leading software makers. So, in 1980, IBM came to Microsoft and asked if it had an Operating System for IBM’s PC. Bill Gates did not have any such software. However, he wanted to seize the opportunity to do business with IBM (which would prove to be a lucrative business venture for many years). So, he told IBM that he had exactly the software they needed, even though he hadn’t even begun programming any such software. Immediately, instead of writing such software, he started searching if there is any such software already in existence. When he found that someone else had already written a similar software, he bought it for $50,000, modified it, renamed it into MS-DOS, and sold it to IBM.

4. He was innovative and thought ahead of his times

Even though Bill Gates sold MS-DOS to IBM, he did not sell them exclusive rights. In other words, he retained its copyright. It was something, which was unheard of at that time. Those days, people only paid for the hardware. The software always came free with it. However, Bill Gates thought that software creators should also be compensated too. So, he decided to keep the copyright and sell the software to other companies too. But IBM thought that people would only pay for hardware, i.e., people would only purchase IBM computers, even if MS-DOS ran on other computers, they would prefer only IBM due to its superior hardware. But soon, as Bill Gates had guessed, many cheaper variants of IBM came into the market, and all these companies purchased MS-DOS to use with their personal computers. Thus, MS-DOS became the standard operating system of that time. So, Microsoft’s turnover doubled in just one year.

5. He gave back to the community

After becoming extremely rich, Bill Gates became a generous philanthropist. The Bill & Melinda Gates Foundation, established in 2000, strives to improve global education, global health, and aid global development. It is now the richest charity organization in the world and donates a billion dollars every year. Bill Gates and his wife had even pledged to give 99.96% of their wealth to charity while leaving only 10 million dollars for each of their three daughters.